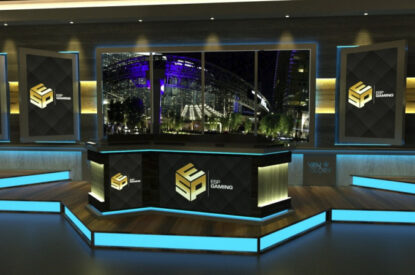 Owned and operated by Poker Central, the studio was built entirely from the ground up and will be the exclusive home for all Poker Central-owned live events distributed on its over-the-top subscription service, PokerGO. The first production will take place May 16 – 18 with a special grand opening edition of “Poker After Dark.”

In addition to its ongoing partnership with ARIA, fellow Poker Central portfolio company ESP Gaming also will use the digitally advanced space to host its own live esports event productions including the Vainglory Premier League, the world’s No. 1 international mobile esports league created by Super Evil Megacorp.

“Nearly a year ago we set out to create a digital-first poker network that would showcase some of the world’s best tournaments and lifestyle content – both on and off the felt,” said JR McCabe, chief digital officer of Poker Central. “While this studio marks the fulfilment of that goal, it also doubles as a promise to our loyal viewers – to continually expand our programming slate, offer even more tournaments at all levels and get fans even closer to the mind sport they love.

The more than 10,000 square-foot studio will have space for nine poker tables with an occupancy of up to 300 people, including space for 120 fans and event spectators. The venue features multiple sound stages including a main studio, break desk area and a streaming lounge, which will provide flexibility to host a wide variety of poker and esports events. The studio will be open to the public on an event-by-event basis. Nevada gaming regulations will apply to all poker events.

Jeff Liboon, president of ESP Gaming, said: “With demand for our esports production services continuing to grow, we needed a home to host more tournaments and competitions at broadcast-quality levels so we could continue to deliver best-in-class esports content to audiences worldwide. This partnership with Poker Central gives us the ability to bring the best in live esports to new fans and create a preeminent location for developers to elevate their leading titles from game to sport.”
The opening of the PokerGO Studio follows a banner year for Poker Central and PokerGO, which saw a slate of expanded broadcast partnerships with ESPN and NBC Sports Network, as well as international expansion with licensing of the World Series of Poker and other Poker Central events to Doupai.tv in China. The network also launched a portfolio of original programming co-productions including “Stories from the Felt,” “Super High Roller Club,” “Major Wager” and “Poker Nights,” while continuing its expansion of high-stakes tournament offerings with the inaugural Poker Masters and U.S. Poker Open.