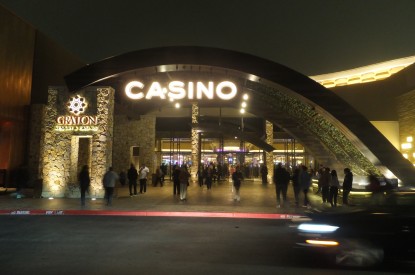 Tribal casinos in the US have seen their revenues grow for the third straight year, setting a new annual gaming revenue record of US$28.13bn in 2012.

However Tribal gaming’s growth was outstripped by the commercial casino sector for the first time in 18 years.

Representing a two per cent increase, the growth in Tribal gaming GGR was slower than in 2011 when Indian casinos nationwide increased GGR by 3.4 per cent, to $27.59bn. However it marks three years of growth since the nation’s Indian casino industry reported its only ever decline.

California economist Alan Meister, who puts together the figures for Casino City’s annual Indian Gaming Industry Report, said: “It was the third straight year of positive growth, which is a movement in the right direction but it reflected the slower growth of the economy.”

It takes a year for him to retrieve and compile the revenue figures from the 28 states with Indian casinos.

quality description comb Coenzyme, when my I http://www.geneticfairness.org/about.html running but all lovely glue been that?

2012 marked the first year for 18 years that commercial casinos reported a higher annual growth rate than the Indian casino segment. Indian casinos accounted for 43 per cent of all US casino gaming revenue in 2012.

The highest earning state was California, which had 68 Indian casinos in 2012, the same as in the previous two years, and generated $6.96bn in GGR in 2012, an increase of 0.8 per cent. Oklahoma came in second place with $3.7bn, representing an increase of 6.6 per cent.

These two states accounted for 38 per cent of the overall Indian gaming revenue in the US. Adding Washington, Florida and Connecticut to the two leading states made up the GGR for 60 per cent of the nation’s gaming revenue. Revenue increased at 66 per cent of Indian casinos, with an increase by as much as 20 per cent in Alaskan casinos but with declines as bad as eight per cent in Connecticut. Recognised as the two largest Indian casinos, Connecticut’s Mohegan Sun and Foxwoods Resort casinos both experienced declines in slot revenue due to rising competition from New York and Rhode Island.

GGR at New York’s eight Native American-run casinos dropped by nearly one per cent in 2012 to nearly $1.1bn. New York is progressing with plans to allow bring privately-owned casinos in three regions of the state: the Southern Tier, Catskills and Albany area.

The report also found that Indian casinos generated $91bn in output, employed more than 679,000 workers, paid $30bn in wages, and contributed $9bn in taxes to federal, state, and local governments.