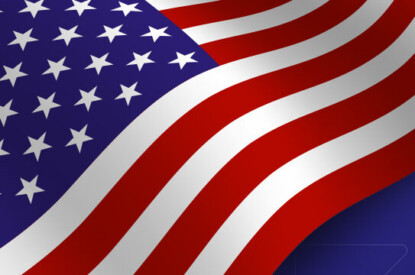 According to the American Gaming Association (AGA), 2021 was the highest-grossing year ever for the U.S. commercial gaming industry, reaching $53bn in revenue.

As many as seven new commercial sports betting markets opened up last year and over thirty states along with the District of Columbia now offer sports betting in one form or another.

New York officially launched its legal mobile sports wagering market on 8 January and is now the largest mobile betting market in the country. New York’s online and retail sportsbooks closed the highest-volume month in US sports betting history with nearly $125m in revenue on $1.7bn in wagers.

To put New York’s online debut into context with other states, Arizona set the record for the highest sports betting handle in a debut month for a US market in September with $291.2m.

New Jersey previously held the record for the highest sports betting volume over any single month, reaching $1.3bn in bets in October. Sports betting in New York State saw $1.5bn wagered during the month of February.

Meanwhile in Mississippi bettors can currently only wager at the state’s casinos and not online as lawmakers have blocked measures to legalize mobile sports wagering in the state.

So will the US market continue to open up? Will retail see an expansion or will the expansion of sports betting be limited to mobile only? What have been the most important regulatory changes over the last six months and what can we expect to see in some of the key states in the coming months?

California is the biggest untapped US market with potentially hundreds of millions at stake. However, the issue is especially complex due to the fact that the state allows for card rooms (86 locations in a variety of cities), tribal gaming (65 casinos on tribal lands) and race tracks all of which have a vested interest in how sports betting develops in the state.

It is perhaps no surprise then that lawmakers have been unable to find a way that would meet with the approval of all stakeholders.

Consequently the issue will in all likelihood go before a ballot at the end of this year. According to some estimates tribal casinos have already spent as much as $100 million to fight off outside sportsbooks from operating in their state. Meanwhile operators such as DraftKings and FanDuel are lobbying for their own piece of the potential market.

“The California Solutions to Homeless and Mental Health Support Act” may appear on the ballot in California as a combined initiated constitutional amendment and state statute in November. It allows for online betting with revenue dedicated to combating the homelessness crisis in California.

It is supported by FanDuel, DraftKings, and BetMGM as well as a number of city mayors. It would allow online sports wagering run by Native American tribes or betting operators that contract with them. This act would act in conjunction with other proposals which would allow for retail sports betting.

Another initiative “The California Sports Wagering Regulation and Unlawful Gambling Enforcement Act” would allow Native American tribes and racetracks as well as some California card rooms to offer in-person and online sports betting.

However other card rooms have filed a lawsuit in an attempt to keep the sports-betting initiative off the ballot. They argue that the initiative be removed as it violates California’s constitutional rule that ballot initiatives can involve only a single subject.

Meanwhile “The Age-Verified Tribal Online and In-Person Sports Wagering Act” was filed with the California Attorney General’s Office on November 5th. It would allow in-person and online sports wagering to be conducted and regulated by tribal operators.

The Seminole Tribe, which was one of the forerunners of the Indian Gaming movement, will play a pivotal role in the future of the sports betting industry.

In November 2017 Florida voters voted in favour of state constitutional Amendment 3 by a vote of 71.47 per cent to 28.53 per cent, which takes the right to issue a casino licence away from the Florida Legislature and gave it to the electorate. The Seminole Tribe owns six casinos in the state.

However, the future of sports betting in Florida remains uncertain even though Florida entered into a gaming compact with the Seminole Tribe in April 2021. The 75-page compact gave the Tribe the exclusive ability to conduct sports betting in the state until 2051.

The compact is now being reviewed by the federal government over allegations that the compact had been corrupted by non tribal casino interests.

In June in a letter to Deb Haaland, secretary of the U.S. Department of Interior, Miami Beach Mayor Dan Gelber asked the federal government to reject the compact arguing that the expansion amounted to a violation of state and federal law.

“It was simply a vehicle hijacked by non-tribal casino interests who fully corrupted the legislative and executive process in order to obtain advantages outside of tribal land and in direct contravention to the interests of Floridians,” Gelber wrote in his letter.

In addition a number of private gaming entities in Florida have sued the state after the compact was approved, arguing that they were being kept out of the sports betting market, while the Seminole Tribe was being allowed to illegally operate in spite of the Indian Gaming Regulatory Act (IGRA) provisions.

In November U.S. District Judge Dabney Friedrich ruled that the IGRA prevented the state and tribe from entering into a sports betting compact. “Altogether, over a dozen provisions in IGRA regulate gaming on ‘Indian lands,’ and none regulate gaming in another location,” she wrote.

“It is equally clear that the (Interior Department) secretary must reject compacts that violate IGRA’s terms.” The Department of Justice is appealing the ruling.

In 2020 lawmakers approved a proposal that called for sports betting authorisation to appear in a November ballot. The measure left it up to voters in each parish to decide whether they wanted to give sports betting the green light.

In June 2021, the legislature approved legislation establishing rules for both retail and online sports betting in the 55 Louisiana parishes that had voted to allow sports betting, soon afterwards.

In the same month Governor John Bel Edwards signed House Bill 697 which sets out tax rates plus other licensing measures for the industry and then shortly afterwards signed SB 247 and SB 142 which covers the regulatory aspect of sports betting and how gambling revenue is to be distributed across the state.

Sportsbooks Pay 10 per cent Tax on Retail Revenue, and 15 per cent Tax on Mobile Revenue. Overall the newly regulated sports betting market is expected to generate $30m in new tax revenue per year.

Mobile sportsbook operators accepted $40.5m in wagers in their first four days of operations. This was actually a loss of $9m after accounting for $11.7m in non taxed promotional spending. Louisiana’s sports betting laws allow sportsbooks to deduct up to $5m in promotional spending per year.

It allowed for ten licenses to offer sports betting to professional sports teams and franchises as well as ten licenses that will allow tribes to offer off- reservation event wagering through mobile offerings.

The modernised compact continues requirements for tribes to contribute a share of their net win from Class III gaming to pay for regulatory costs in exchange for substantial exclusivity with exceptions for sports betting, fantasy sports and Keno.

Arizona’s first sports betting opened for business ahead of the start of the NFL season in September 2021, with live wagers being taken on college and professional sports online and at two retail locations in Phoenix. Since then sports betting has proven hugely popular in the state.

The Cardinals will become the first NFL team to have on-site sports betting having signed an agreement with BetMGM and the construction of a new two story sportsbook is now underway. The law means that every professional venue in Arizona will have a sportsbook.

December’s handle topped October’s $486.1m, the state’s previous record. Bettors averaged $16.1m per day over the 31 days of December, up from $15.6m in wagers per day in November.