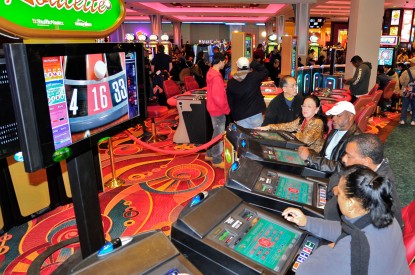 Resorts World Casino New York City generated nearly $15m from July 1 to July 7 smashing the previous weekly record for gross slot gaming revenue and tax-generation by a gaming property in the State of New York, whilst sending $6.5m to the state’s education fund.

Resorts World New York generated GGR of $14.9m in just one week, outdoing the casino’s previous high of $14.4m in February and setting a state record in the process. During the same one week, Resorts World sent more than $10m to education, the horse racing industry and other state entities.
Michael Speller, President of Resorts World Casino New York City, said: “The record-breaking revenue that Resorts World has generated to support the education of New York’s students, and the more than 3,000 jobs we have created for hard-working New Yorkers is proof positive that our partnership with New York State is working. However, we can still do more. We will look to pursue additional opportunities in the future togenerate even more revenue for the state and create thousands of more jobs for New Yorkers.”

In less than eight and a half months of operation, Resorts World Casino New York City has sent more than $311 million in taxes to the state, including more than $198m earmarked for education.