US- Resorts World NYC says catch us if you can 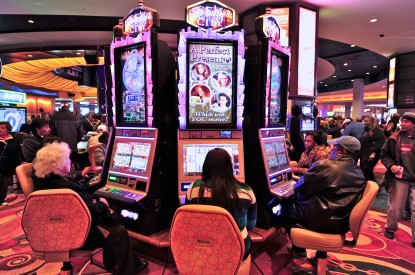 In just eight months, Resorts World Casino New York City (RWNY) is claiming to have surpassed the Las Vegas Strip, Pennsylvania, Atlantic City, Connecticut and all other localities to become the single largest gross slot gaming revenue and tax-generating gaming property in all the United States, according to its most recent monthly figures.

It has also paid more in taxation to the NY state than the whole of the Las Vegas Strip paid in taxes to Nevada.

Michael Speller, President of Resorts World Casino New York City, said: “Resorts World’s model has maximized gaming revenue for New York State in a manner that has not been replicated by any other facility in the nation. We are proud of the incredible revenue Resorts World has generated to support the education of New York’s students and the more than 3,000 jobs we have created for hard-working New Yorkers. This is a partnership that works, and as the State considers a referendum to permit table games, it should ensure that the current high tax base is not eroded. Resorts World looks forward to pursuing additional opportunities in the future to generate even more revenue and create thousands more jobs for New York.”

Resorts World said that whilst it distributed about 70 per cent of its GGR or more than $40m to the state of New York and other entities in May, the 41 Las Vegas Strip casinos — which have a tax rate of approximately 6.75 per cent — combined contributed about $30mto Nevada in April, the 12 casinos in Atlantic City paid $18.3m to New Jersey, while Mohegan Sun and Foxwoods Resort Casinos together generated $28m for Connecticut in May.

Assemblyman J. Gary Pretlow, Chair of the Assembly Racing and Wagering Committee, added: “As New York State proceeds down the path of full legalized gaming, it is crucial that taxpayers and students not get short changed in the process. As evidenced by Resorts World’s May figures, the state’s education system greatly benefits from our current gaming structure. Any changes to that structure must ensure that students get more, not less, of the revenue that gaming brings to the state.”

To date, in just eight months of operation, Resorts World Casino New York City has sent more than $252m in taxes to the state, with more than $162m earmarked for education.

However Howard Stutz, reporter for the Las Vegas review-Journal, said: ““Comparing numbers from New York and Las Vegas is not as simple as lining up the figures side-by-side. New York’s racetrack casinos pay all their gaming revenues to the state’s lottery commission, which returns 32.86 per cent of the winnings back to the casinos. The remaining 67.14 per cent is distributed throughout the state. Nevada takes a flat 6.75 per cent gaming tax on gaming revenues – roughly one-tenth of New York’s gaming tax rate – which goes directly into the state’s general fund. The Strip’s 41 casinos collected $248.9m in gaming revenues from slot machines during the month, more than four times what were produced at Resorts World New York. When revenues from table games are factored into the equation, the Strip collected $459.4m from gamblers, eight times the revenues from Resorts World. Based on a 6.75 per cent tax rate, Strip casinos contributed roughly $31m in gaming taxes during the month. In total, however, Nevada collected $48.6m in gaming taxes during the May collection period, a nearly 14 per cent increase from a year ago.”