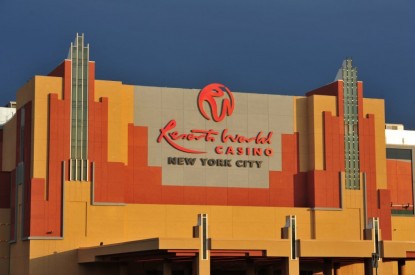 Genting has seen its Resorts World casino at the Aqueduct racetrack in Queens smash its previously monthly best of US$59.8m, generating Gross Gaming Revenues of $71.2m in March.

The previous record monthly total was set in July last year. The March revenue earned $31.3m for New York State and confirmed an excellent start to the year. The property is reversing the declining trend in Atlantic City, Connecticut and Pennsylvania, solidifying its reign as the single largest slot revenue and tax-generating gaming property in all the United States.

In February alone, Resorts World Casino New York City saw a 6.2 per cent increase in revenue, while Pennsylvania’s casinos continued their downward trend, with a statewide decline of more than nine percent.

“Resorts World Casino New York City’s model has continued to maximise gaming revenue for New York state in a manner that has not been replicated by any other facility in the nation in our nearly year and a half of operation,” said Michael Speller, president of Resorts World Casino New York City. “2013 is shaping up to be another record setting year, and we are proud to contribute this astonishing amount of revenue towards the education of New York’s students. As we’ve said before, this is a partnership that works.”

“We remain interested in enhancing this extremely successful partnership with the state and look forward to pursuing additional opportunities to generate even more revenue and create thousands more jobs for New York,” added Speller.

He said the increase in revenue was due to a combination of things, including improved marketing and favourable weather conditions in March with no storms.

With the latest figures, Resorts World earned $696m in total revenue for its 2012 to13 fiscal year, surpassing internal projections by $176m which ended in March and earning $306m for the state.  The increases come as two of Connecticut’s casinos reported double-digit declines in gaming revenue. In February slot revenues for the two casinos fell 21 per cent to $83.9m compared to last year’s numbers. Mohegan Sun fell 18.6 per cent to $45.4m whilst Foxwoods fell 24 per cent to $38.5m.