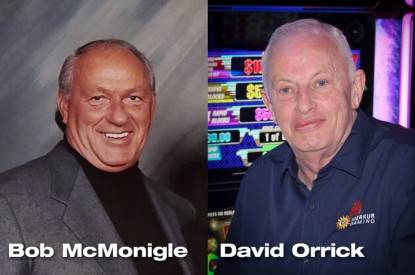 AGEM previously announced the creation of this unique annual awards program to acknowledge the lasting impacts on gaming by Halle and Mead, two distinctive industry veterans who died unexpectedly in 2015. Honorees are announced each year at the Global Gaming Expo (G2E) in Las Vegas, and this year’s awards ceremony for McMonigle and Orrick will take place on Wednesday, Oct. 28 at 8:30 a.m. PST during the G2E Virtual Experience.

Born in St. Louis, Missouri, in 1944, McMonigle died on March 15, 2020 at 75 following a robust life both personally and professionally. He began his business career with Reader’s Digest magazine in New York City and went on to work in marketing and circulation for Rolling Stone and Outside during a career in magazines spanning 1979-1986. McMonigle then began his legendary career in gaming when he joined International Game Technology (IGT), where he spent 17 years and helped lead the company to the top of the list of global slot machine companies. He held many positions at IGT, ultimately Executive Vice President of Corporate Relations and North American Sales, and became widely regarded as the most successful slot salesman in gaming history, with IGT routinely receiving 70 percent market share of new casino openings as the riverboat gaming boom in the early 1990s led to explosive gaming expansion in the U.S. and around the world. McMonigle was also a driving force behind the founding of AGEM in 2000 and served as the organization’s first President through 2005 before moving on to work for a variety of other gaming-supplier companies.

“Bob McMonigle helped establish AGEM and create a path for our organization going forward and all supplier companies have benefitted from his vision,” said AGEM President Luke Orchard, who also serves as Senior Vice President, Chief Compliance & Risk Management Officer for IGT. “And I can say from an IGT perspective, Bob’s presence is felt every day here based on his incredible success selling our games and machines going back to the beginning of the riverboat gaming era. Like Jens Halle, Bob’s reputation for forging positive relationships with operators throughout the industry is legendary. AGEM is honored to present this award to Bob’s wife, Joni, and his memory and impact on our industry will live on.”

An Englishman born in Dumfries, Scotland, in 1949, Orrick, 71, is a 27-year veteran of the gaming industry and currently serves as Director of Industry Relations for AGEM Gold Member Merkur Gaming, part of Germany’s Gauselmann Group. Orrick started in the gaming industry in 1993 as editor of Euroslot magazine after a 17-year career as a motorsport journalist, editor, author and publisher and also served as founder, editor and publisher of Casino International magazine before joining Spanish slot machine manufacturer Recreativos Franco, S.A as International Communications Manager in 1997. He then served as Director of Communications for Unidesa Gaming and Systems before moving to Novomatic in 2007 as Communications & Business Development Director of Austrian Gaming Industries (AGI) GmbH, where he joined Jens Halle to assist AGI’s expansion into new markets, as well as being Communications Director of Novomatic’s UK subsidiary Astra Games Limited.

“The relationship between David Orrick and Jens Halle is well-known in our industry, but David stands alone this year in deserving this award honoring the memory of Peter Mead,” AGEM Executive Director Marcus Prater said. “We always let the nominating criteria guide the selection of these AGEM Memorial Awards, and David fits the bill in so many ways as first a gaming journalist and later as the head of communications for many respected international gaming suppliers. He has traveled the world representing our industry with both a gruff scrutiny and a positive twinkle in his eye. And finally, it needs to be noted that in the aftermath of the passing of both Jens and Peter, it was David who initially brought the idea of annual memorial awards to AGEM that we launched and have expanded over the past five years.”

Current gaming professionals were nominated for these memorial awards based on the following criteria that aim to capture the unique attributes displayed by Halle and Mead during their storied careers:

Jens Halle Memorial Award Honoring Excellence in Commercial Gaming Professionalism
“Nominees must have experience working in the global gaming supplier sector for a minimum of 10 years and possess the following traits and qualities that Jens displayed throughout his working life: Professionalism, business success, international scope, attention to detail and timely follow-up; a willingness to ‘go the extra mile,’ both figuratively and literally; a sense of humanity in an oft-times cutthroat business; a recognition of the importance of a handshake and a fair deal for all; and a dedication to the health of the industry as a whole.”

Peter Mead Memorial Award Honoring Excellence in Gaming Media & Communications
“Nominees must have experience working in the mainstream media, gaming trade press or individual gaming company PR/communications for a minimum of 10 years and possess the following traits and qualities that Peter displayed throughout his working life: Quality reporting and communication with an emphasis on personal contact to generate ideas and gather information; taking risks and questioning the status quo; challenging the industry to consider new ideas; and identifying trusted partners to improve the overall product.” 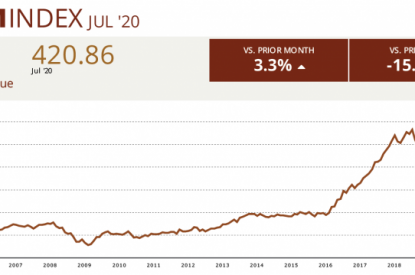 US – AGEM Index shows 3.3 per cent increase from June to July 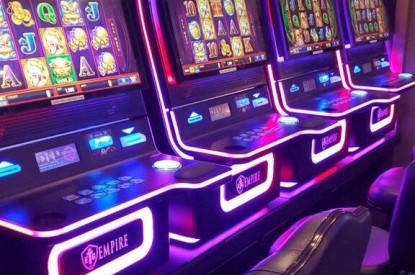