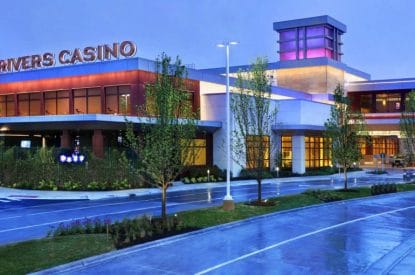 The Illinois Gaming Board has given Rush Street Gaming the first land-based casino in the state allowing the Rivers Des Plaines casino to move onto land.

Casino Spokesman Patrick Skarr said: “By going land-based, we can reconfigure some of our existing footprint not above water, add these games and positions within that, and then move forward with our larger expansion program.”

New laws signed in in June allow the state’s 10 current riverboat casinos to move onto land for a fee of $250,000 .

Rush Street will spend $150m to ‘incrementally’ increase the number of gaming positions to 2,000, the maximum allowed by the expansion bill.