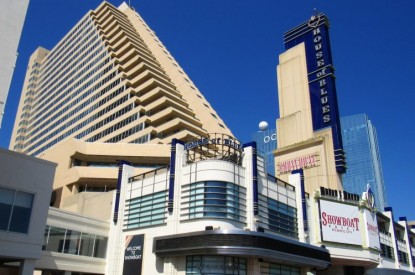 Despite gaming revenues in Atlantic City increasing for 17 consecutive months, adding a new casino licence would actually be detrimental to the market, according to a Rutgers University report presented to a New Jersey state Assembly panel.

Suggestions have been put forward to bring operations back to the Showboat, which currently operates as a non-gambling hotel, in an attempt to counter the expected flow of Atlantic City casino spend to Philadelphia.

Democratic Assemblyman Ralph Caputo believes a new licence in Atlantic City would be a ‘bad idea.’

He suggested a cap on the number of casinos in the market, as did Republican Assemblyman Ronald Dancer. “There are only so many gambling dollars to go around,” he said.

Aside from the Hard Rock or Ocean, the two more recent casino openings in Atlantic City, the other seven casinos have reported bottom line declines during the first two quarters of 2019.

Hard Rock President Joe Lupo conceded that ‘top-line revenue’ isn’t leading to bottomline profits. Rummy Pandit, Executive Director of the Lloyd D. Levenson Institute of Gaming, Hospitality, and Tourism at Stockton University, believes ‘diversification is indeed the key,’ explaining that existing casinos must do more to attract new visitors.
The Rutgers University report predicted that the Live! casino due to open next year in Philadelphia’s stadium district could take spend of between $63m to $150m from Atlantic City casinos. Jim Johnson, former special counsel to Gov. Phil Murphy, suggested a cap on the number of casino licenses.

Jim Johnson, former special counsel to Gov. Phil Murphy for the Atlantic City transition, said the health of the existing casinos was ‘a very serious concern.’

“The trendlines suggest things are going to be down,” he explained. “The Atlantic City casino industry is vulnerable to challenges from within, and competition from outside the state. The data is really stark.”