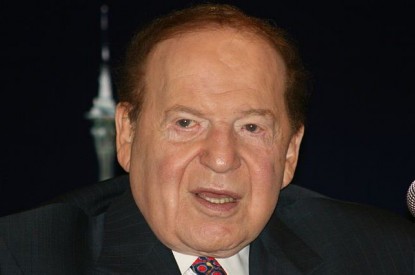 Las Vegas Sands’Chairman and Chief Executive Officer Sheldon G. Adelson, the company’s founder and visionary leader, passed away on January 11 at the age of 87 from complications related to treatment for non-Hodgkin’s Lymphoma.

His wife, Dr. Miriam Adelson, said in a statement: “It is with unbearable pain that I announce the death of my husband, Sheldon G. Adelson, of complications from a long illness. To me — as to his children, grandchildren, and his legions of friends and admirers, employees and colleagues — he is utterly irreplaceable.”

Born to immigrant parents and raised in a poor section of Boston, Mr. Adelson went from a teenager selling newspapers on a street corner to becoming one of the world’s most successful entrepreneurs. His achievements in the integrated resort and hospitality industry are well-documented. In Las Vegas, Macao and Singapore, Mr. Adelson’s vision for integrated resorts transformed the industry, changed the trajectory of the company he founded, and reimagined tourism in each of those markets. His impact on the industry will be everlasting.

Las Vegas Sands stated: “Mr. Adelson was the first employee of Las Vegas Sands – “Team Member Number One” he liked to say. Today, more than 50,000 Sands team members have Dr. Adelson and the entire Adelson family in their thoughts and prayers and are grateful to have had their lives touched by a true force of nature. When the pandemic disrupted daily routines and dramatically impacted his business, Mr. Adelson was adamant that our Team Members across the globe continue to receive full pay and health care benefits even while the buildings in which they worked were closed. There are countless additional untold stories of his warmth and generosity – efforts for which he never sought recognition or publicity and would only reply with a smile if asked about them. While his business credentials – having started or been involved in more than 50 different enterprises – are unquestioned, his dedication to philanthropy and commitment to his family will truly be his legacy. He will be missed by people from all parts of the world who were touched by his generosity, kindness, intellect and wonderful sense of humor. The Adelson family asks for privacy as they mourn Mr. Adelson’s passing. A funeral will be held in Israel, the birthplace of Dr. Miriam Adelson, with plans for a memorial service held in Las Vegas to be announced at a later date.”

American Gaming Association (AGA) President and CEO Bill Miller added: “The passing of Sheldon Adelson is a tremendous loss to the gaming community. Mr. Adelson, founder and chairman of Las Vegas Sands, was a true visionary and pioneer of modern casino gaming for more than three decades. From Las Vegas and Pennsylvania to Macao and Singapore, his mark is indelible.

“I had the pleasure of knowing Mr. Adelson for more than 15 years, long before joining the American Gaming Association (AGA). It is his leadership and generosity that stand out the most to me. There’s no greater example of this than serving his community and prioritizing his employees’ well-being during the last year as our country and industry grappled with the global pandemic. On behalf of the AGA, I share our deepest sympathies with Dr. Adelson, the Adelson family, and our gaming colleagues at Las Vegas Sands. May his memory be a blessing.”