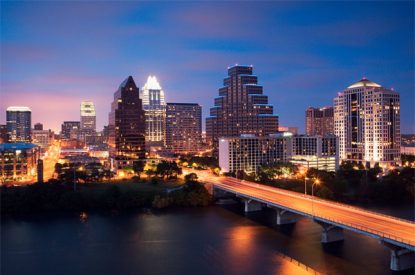 Las Vegas Sands has said the Dallas-Fort Worth area would be its preferred location for a casino resort in Texas, adding that legalising casinos in the the Lone Star State is ‘inevitable.’

The Dallas Morning News quoted Andy Abboud, Senior Vice President of government affairs for Las Vegas Sands, as saying: “We’ll look at the entire market of Texas, but focus primarily on Dallas because that is where the greatest bleed of money is going, across the Oklahoma border. While it has a strong tourism industry, we can enhance that. Does it happen this legislative session? We will see. Does it happen in the near future? It is inevitable. I am very optimistic and bullish on the fact that we are going to make a really compelling case. Voters are way ahead of where policymakers are.”

Mr. Abboud added that Sands would spend at least a couple of billion dollars if it was given the chance to build in Texas. He believes though that any legislation would see immediate competition from the state’s three federally recognised Indian tribes, who would be able to operate their current facilities to fully-fledged casinos.

Texas Governor Dan Patrick is not a fan though. Speaking on a local radio show, he said: It’s not even an issue that’s going to see the light of day this session. There may be a bill filed, but I doubt it. Every year they come and they lobby to pass a bill on something, and every year I tell them the same thing; don’t talk about revenues, because the sports gaming, for example, generates $150m a year. That’s a lot of money, but it pays for about a half of a day of our year. Casinos say they’ll generate about $700m in tax dollars, a lot of money, but it’s equivalent to about three days out of 365 days a year of our total budget.”