US – Scientific and Inspired bring virtual sports to Pennsylvania Lottery 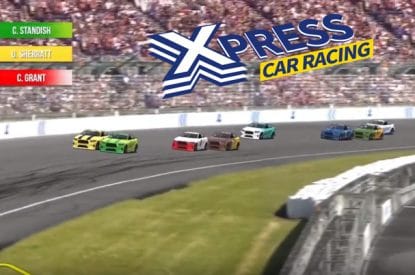 Scientific Games and the Pennsylvania Lottery have successfully launched the distribution of virtual sports games at retailers across the state.

Another ground-breaking technology project for the Lottery and Scientific Games, the new virtual sports entertainment is called Xpress Sports, branded by the Pennsylvania Lottery, and initially includes Xpress Car Racing and Xpress Football content provided by Inspired Entertainment. Integrated through Scientific Games’ central lottery and sports betting platform, point-of-sale terminals, and TV monitors at Pennsylvania Lottery retailers, the virtual sports offering officially went “live” on August 14, 2018. Xpress Sports may be played at any Pennsylvania Lottery retailer. Players can watch drawing results in real-time on monitors at nearly 1,500 locations, with more on the way.

Scientific Games invested in technology innovation to support the Lottery’s plan to modernize through new solutions and products including virtual sports. Virtual games, along with Keno, will be displayed through the Company’s technology solution at a mixture of Pennsylvania Lottery retail venues, bars and taverns across the state throughout the day. The virtual games feature ultra-realistic animation that depicts the outcome of random computerized drawings that take place every five minutes.

“Scientific Games’ continued investment in new games, technology, and services to maximize proceeds for the Commonwealth of Pennsylvania has made the successful launch of virtual sports, Keno and iLottery mobile/online games possible,” Pat McHugh, Senior Vice President, Global Lottery Systems for Scientific Games. “We are proud that our partnership with the Pennsylvania Lottery has resulted in one of the highest performing lotteries in the world.”

For Xpress Sports, Scientific Games integrated third-party virtual sports game graphics. Xpress Car Racing features racecars numbered 1-12, and players can wager $1 to $20 on what order the first three cars will finish. Xpress Football allows players to select from two teams on wagers such as touchdown run on first through fifth play, touchdown pass on first through fifth play, turnovers or field goal. Elements of the game change every draw, such as teams, home or away, starting line for the drive, defense and offense strengths, etc. Players can wager from $1 to $20 per drive.

Following Keno’s very strong start, the Pennsylvania iLottery online/mobile games launch is the most commercially successful in the U.S., generating $51.3m in play since going on sale May 22. Recently, the Lottery announced record total sales of $4.2 billion in fiscal year 2017-18, and its seventh consecutive year of generating more than $1 billion in profits for senior citizen programs in the Commonwealth of Pennsylvania.