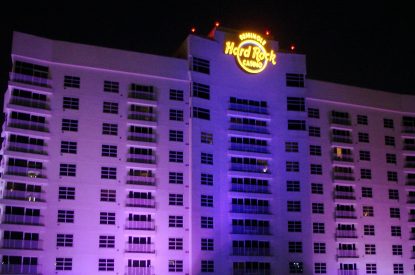 A federal judge has ruled that the Seminole Tribe of Florida can continue to operate blackjack tables at its casinos bringing to an end a year long legal battle.

U.S. District Judge Robert Hinkle has allowed the tribe to keep the tables for another 14 years because state regulators allowed dog and horse tracks to put in card games that mimicked what the tribe offered.

Judge Hinkle said: “The order declares that the exception has been triggered — that the tribe may conduct banked card games for the compact’s 20-year term.

This would take the deal up to and including 2030. The judge added that state regulators were at fault by allowing dog and horse tracks to operate card games that mimicked ones that were supposed to be exclusive to tribe-owned casinos over five years. He said the tribe’s monopoly had been ‘easily evaded.’

Seminole tribe officials applauded the court’s decision saying it would guarantee jobs at the casinos.

“The Seminole Tribe is very pleased with Judge Hinkle’s ruling and is carefully reviewing it,” said Gary Bitner, a spokesman for the Seminoles. “The tribe believes the ruling provides for its future stability and ensures 3,600 Seminole Gaming employees will keep their jobs.”