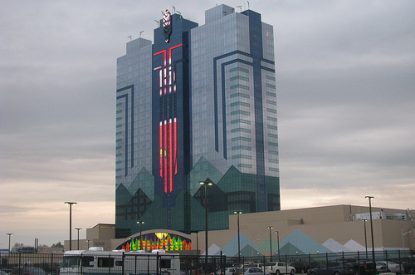 In a move that further strengthens the long-term financial future of one of the gaming industry’s strongest operators, Seneca Gaming Corporation has successfully closed on a new $424m credit facility for purposes of refinancing its existing $325m in 8-1/ four per cent senior notes and the remaining $43.8m of a term loan under its former senior secured credit facility.

Proceeds from the new credit facility borrowing will be used to redeem the corporation’s senior notes on December 1, 2014. Execution of the plan will allow Seneca Gaming Corporation to be debt-free by the end of 2019.

“Nearly four years ago, we set out with a plan to proactively reduce our debt in the face of an uncertain economy. Since that time, Seneca Gaming Corporation has continued to strengthen its credit profile to among the best in the industry, and has continued to deliver strong operating performance, despite challenging economic times. These factors have enabled us to execute the next step of our capitalization plan, a critical component of our strategic vision,” said David Sheridan, Chief Financial Officer, Seneca Gaming Corporation. “The refinancing will substantially lower our current effective interest rate of approximately 7.5 per cent, to approximately 1.5 per cent upon redemption of the senior notes. The more than $100m in interest costs saved over the next five years will be applied to accelerate the principal amortization of our debt such that financial sovereignty for the Seneca Gaming Corporation will be a reality in the near term.”

The new agreement, which includes a $325m term loan and $100m revolving credit facility, was completed with a syndicate of only six banks. The $325m term loan amortizes by 20 percent, or $65m, per year and will be fully satisfied at the end of five years. It will carry an interest rate of approximately 1.5 per cent upon completion of the senior note redemption.

“We have made a commitment to fiscally-responsible management across our organization, supported by the leadership of the Seneca Nation of Indians and our corporation’s board of directors, which has made our overarching financial goals attainable,” noted Cathy Walker, Seneca Gaming Corporation president and CEO. “As the Seneca Resorts and Casinos properties continue to set new standards for an integrated resort experience in our marketplace, we are excited by the prospect of building upon our success of the past 12 years unfettered by the constraints of institutional debt.”

In just the past few years, Seneca Gaming Corporation has completed a series of significant investments in its three casino properties, including the completion of the new $130m Seneca Buffalo Creek Casino in downtown Buffalo, a $26m overhaul of the main gaming floor, $10m hotel room renovation program, and $8.5m transformation of Thunder Falls Buffet at Seneca Niagara Resort & Casino in Niagara Falls, and the opening of a new $48m hotel tower at Seneca Allegany Resort & Casino in Salamanca.

“Our culture of sound fiscal management has made it possible for us to direct important resources to the development of our properties and to amenities, products and programs aimed at elevating the customer experience across the Seneca Resorts & Casinos portfolio,” explained Brad John, Chairman of the Board of Directors. “We have proven that the goals of exceeding customer expectations and fiscal prudence are not mutually exclusive.”

Since opening Seneca Niagara Casino in 2002, Seneca Gaming Corporation has grown into one of the largest private sector employers in Western New York, with 4,000 employees at its three locations. The company operates world-class facilities offering more than 6,400 slot machines, 140 table games and 1,000 hotel rooms.