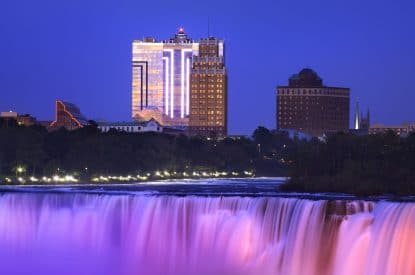 The Seneca Nation has said it won’t pay anymore gaming compact payments to the state of New York until the conclusion of the current compact review.

Seneca President Pagels said: “The Seneca Nation is today calling upon New York State to allow the National Indian Gaming Commission (NIGC) the time required to complete its ongoing review of the Nation’s gaming Compact, while also rejecting the State’s threat to circumvent that review.”

The Senecas, who operate casinos in Niagara Falls, Buffalo and Salamanca, have been told that they need to ‘live up to its commitments’ and make payments ‘by no later than March 16, 2022.’

Mr. Pagels added: “The NIGC’s review, and the time needed to complete that review, is not a matter that the Seneca Nation can control. We have pressed, and continue to press, the agency for an update. We hope that an official report from NIGC will come soon. Rather than threatening aggressive action, the State should permit the federal agency responsible for overseeing Indian gaming issues the time it needs to complete its work.”

“Now is not the time for the State to revert to bullying and greed. We thought that chapter had hopefully ended. We hope we are not wrong,” he added. “We have seen what happens when New York acts like a government intent on eroding, ignoring and obliterating relationships with Native Nations and Native people.”

“The gaming market has changed dramatically in the last 20 years, in terms of what is available to people, and where. Our Compact needs to reflect these changing market dynamics.The State is required by federal law to negotiate with the Seneca Nation, and I am calling on the State to begin discussions. Unlike the NIGC review, that dialogue is completely in the control of the Nation and the State. We need to get started.”

A spokesperson for New York Governor Kathy Hochul’s office said: “The Seneca Nation has been obligated to make these payments since April 12, 2019,” the text reads. “The State has patiently waited almost three years for the Nation to fulfil its obligation. It is now time” for the state to protect its own interests. Governor Hochul looks forward to this matter being resolved soon and resuming discussions on a new compact.”