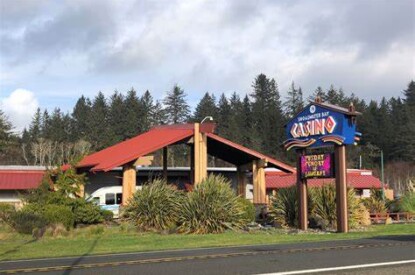 The tribe slammed attempts to overturn a decades-old monopoly on gambling claiming it was ‘a direct attack on tribal sovereignty.’ Maverick wants cardrooms to be able to offer every kind of gaming operated at tribal casinos, including sports betting.

The Shoalwater Bay Tribe accuses Maverick Gaming’s CEO Eric Persson, a member of the tribe himself, of looking to ‘destroy, through his requested prayer for relief in the instant litigation, the major source of employment and discretionary revenue for his own tribe.’

The tribe said: “Accordingly, the tribe is compelled to seek limited intervention in this case and bring an end to his efforts to undermine his own tribe’s very efforts to achieve economic self-sufficiency and provide adequate governmental services to its membership.”

Charlene Nelson, Chair of the Shoalwater Bay Indian Tribe, said: “It pains us to have to legally oppose a member of our own tribe,. But Eric Persson’s lawsuit left us no choice. If successful, this self-serving case would cause irreparable harm to historically marginalized tribal communities and to the general public as well.”

Rebecca George, Executive Director of the Washington Indian Gaming Association, added: “Washington’s tribes stand united behind the Shoalwater Bay Indian Tribe. Maverick’s lawsuit makes a mockery of the federal Indian Gaming Regulatory Act (IGRA), which has been the foundation for growing tribal self-reliance over the last three decades. It was never intended to give private, non-tribal gambling companies the right to override state laws” and offer gaming activities that tribes offer in neighborhood cardrooms.”