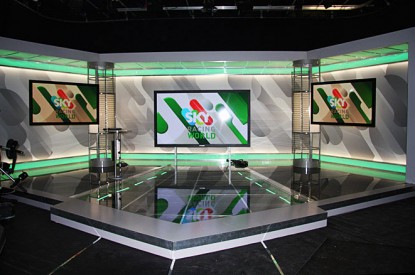 Founded in April 2014, Sky Racing World is the exclusive US distributor of simulcasting on thoroughbred racing events in Australia, New Zealand and South Africa. A subsidiary of Melbourne, Australia-headquartered wagering and entertainment group Tabcorp, Sky Racing World provides live video streaming on races in these three international markets to more than 70 US-facing ADW brands as well as 425 retail outlets in the US, Canada, Mexico and the Caribbean.

Following its partnership with NYRA, which operates the Belmont Park track, Aqueduct Racetrack, and Saratoga Race Course in New York State, Sky Racing World will provide live video streaming of Australasian and South African races to the operator’s ADW offering NYRA Rewards. The two companies’ content distribution agreement allows NYRA customers to wager online on over 8,000 races taking place each year in Australia, more than 3,500 races in South Africa and over 2,400 races in New Zealand.
Sky Racing World launches its partnership with NYRA in the countdown to Australia’s premier horse-racing event, the Emirates Melbourne Cup. For the first time, Americans will be able to wager online at NYRA Rewards on the event dubbed ‘the race that stops a nation’, which takes place this year at 11:00 p.m. EDT on Monday November 2 2015.

“I’m delighted for us to partner with a US horse-racing wagering operator of the caliber of the New York Racing Association,” said David Haslett, President and CEO of Sky Racing World. “Their NYRA Rewards brand is one of the major ADW sites in the country, and now their players can wager on the Melbourne Cup 2015 and thousands of other Australasian and South African races, providing them access to some of the best International thoroughbred racing.”