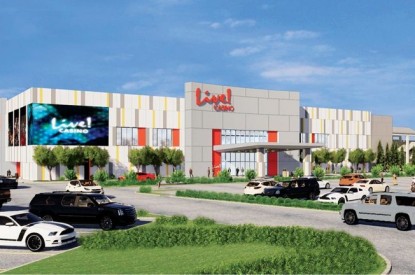 Stadium Casino Westmoreland has been awarded a Category 4 gaming license by the Pennsylvania Gaming Control Board for its Live! Casino Pittsburgh project.

The project will be developed at the Westmoreland Mall in Hempfield Township, Westmoreland County, PA. Stadium Casino, is owned by Principals of The Cordish Companies.

he presentation for the new $150m Live! Casino Pittsburgh project was made during a Public Hearing, where Cordish representatives gave an overview of the 100,000-square-foot gaming, dining and entertainment destination. The Live! facility will be part of the popular 1.3-million-square-foot Westmoreland Mall development, located directly off Route 30, approximately 30 miles from downtown Pittsburgh.

The Project is expected to generate $188m in annual economic impact, with an additional $148 Million in economic impact from construction, including approximately 960 direct and indirect construction jobs, plus approximately 500 permanent new jobs for local and regional residents. In addition, the Project will create numerous construction and operations vendor opportunities for local, minority, women-owned, and veteran-owned businesses, along with considerable support for local charities and non-profits.

“We’re very excited and honored to have been awarded the license by the Gaming Control Board and thank them for their consideration,” said Joe Weinberg, Managing Partner, The Cordish Companies. “We look forward to working with State and local officials, and the entire community as we move forward with development of a true world-class destination that will attract people from throughout the region for a unique gaming and entertainment experience.”

Cordish Gaming Group continues to build upon the prominence of the Live! Casino brand in the Mid-Atlantic region with the development of two new gaming and entertainment destinations. In addition to the Pittsburgh market, a new Live! Casino & Hotel in currently under construction in the City of Philadelphia, in the heart of the Stadium District.