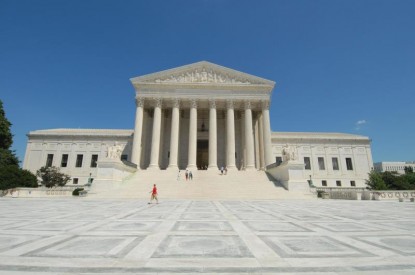 A Superior Court judge in Washington DC has allowed a two-week temporary block on the District’s $215m sports betting contract with Intralot.

The Greek betting company had been granted a five-year contract without it being put out for a competitive tender.
App developer Dylan Carragher had invented sports betting software that he wanted to pitch. With no tender launched, he filed a lawsuit on September 17 seeking a ‘temporary restraining order,’ claiming that by not having a competitive process, the contract breached the federal Home Rule Act and the DC Procurement Practice Reform Act of 2010.

Mr. Carragher’s lawsuit said: “DC City Council does not have the independent authority to amend the Home Rule Act and to exempt the OCFO from its statutory obligations under said Act in order to non-competitively procure the aforementioned consolidated gaming contracts. Defendant’s illegal procurement and contract award process, which includes the nullification of any and all contract appeals related to this procurement, preclude, a DC resident and citizen, from participating in the online sports betting market created by the District’s new sports wagering laws.”

A hearing on the preliminary injunction has been scheduled for the start of October.

Intralot was awarded the only contract to offer online sports betting in July. It stated: “Mindful of the District’s support for minority vendors and Intralot’s commitment to diversity, Intralot searched for (an approved) minority firm as a subcontractor.”