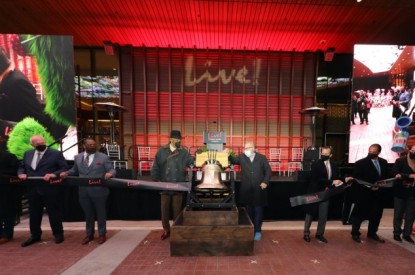 The opening marks another major milestone for the Company as the next Live! branded casino to open in the Commonwealth of Pennsylvania. Live! Casino Pittsburgh opened in Hempfield Township, PA, in November 2020.

Together, the group ushered in a new era of entertainment in the City of Philadelphia by ringing a giant replica Liberty Bell, followed by a fireworks spectacular.

“As a family-owned business for over 100 years, today marks an incredibly special day for my family and The Cordish Companies as we expand our Live! Casino brand into the great City of Philadelphia,” said Reed Cordish, Principal of The Cordish Companies. “Live! Philadelphia is the region’s premier gaming and entertainment destination, and we are proud to welcome our guests, Team Members and the community to go Live! with us. I’d like to thank Mayor Kenney, Council member Johnson, and local officials for their support for this project.”

The opening of Live! Casino & Hotel Philadelphia transforms the Philadelphia Stadium District into an integrated sports, entertainment and casino-resort destination and establishes the area as the only place in the country to experience big league action from four major professional sports teams, best-in-class dining and entertainment, world-class gaming and luxury hotel accommodations.

As part of The Cordish Companies’ ongoing commitment to the community, more than $50,000 was donated to local Philadelphia non-profit organizations from proceeds generated from test night held prior to the official opening. During the ceremony, checks were presented to Philabundance, the Boys & Girls Clubs of Philadelphia, Young Chances Foundation, the Thomas & Woods Foundation, and the Garces Foundation.

“The Cordish Companies has embraced a culture of giving and community service since its inception,” said Joe Billhimer, Executive Vice President, Cordish Gaming Group. “We’re proud to be able to give back to the communities where our projects are located and where our Team Members live and work. Live! Philadelphia has long-term plans to support our local community and we’re thrilled to work with these and other amazing local organisations that make Philadelphia so special.”

Live! Casino & Hotel Philadelphia will generate over $2bn in economic stimulus to the City, along with $100m in tax revenues for the City in its first five years of operation, including $25m to Philadelphia’s School District. The facility has created over 3,000 construction jobs during development and will create up to 2,000 permanent jobs for local and regional residents.

“I want to welcome The Cordish Companies and the new Live! Casino & Hotel Philadelphia to South Philadelphia and the entire Greater Philadelphia Region,” Philadelphia City Council member Kenyatta Johnson (Second District) said. “I am excited that this new world-class gaming and entertainment destination is finally open and is in my Second Council District. The facility has provided over 3,000 new construction jobs and is now hiring to fill up to 2,000 permanent new positions for area residents. Hiring preference is being given to residents living in the communities immediately surrounding the Stadium District, then throughout the Greater Philadelphia region. This is the start of a great new tourist destination in South Philadelphia and Southeastern Pennsylvania.”

The casino opened with more than 2,100 slots and electronic table games, 150 live-action table games, a dedicated 29 table poker room and a FanDuel Sportsbook 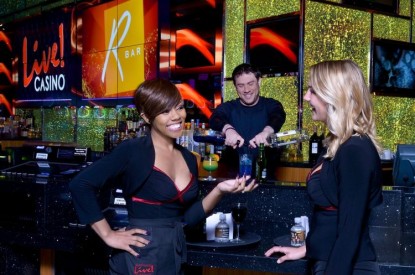 US – Live! Casino to open in Philadelphia’s stadium district on February 11 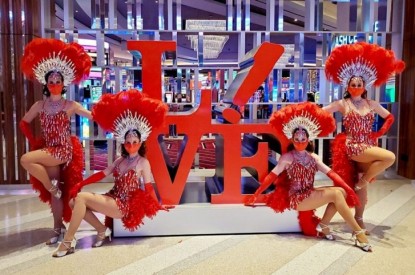