US – Trump Plaza slated for closure in AC 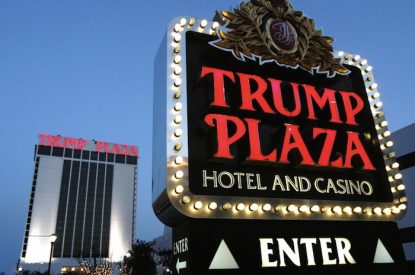 The owners of the Trump Plaza casino in Atlantic City say they expect to shut down in mid-September. Trump Entertainment Resorts has said that while no final decision has been made yet on the Boardwalk casino, it expects the casino to close its doors September 16. Notices warning employees of the expected closing will go out to the casino’s 1,000-plus employees.

If Trump Plaza closes, Atlantic City could lose a third of its casinos and a quarter of its casino workforce in less than nine months. On January 1, Atlantic City had 12 casinos. By the end of September, it could have eight. The Atlantic Club closed in January, the Showboat is closing next month and Revel might do likewise if a buyer can’t be found in bankruptcy court.

Trump Entertainment Resorts is believed to be soliciting buyers for Trump Plaza, an effort that remains ongoing. So far, no buyer has emerged.

The news is the latest in a cascade of setbacks for Atlantic City’s gambling market, which until just a few years ago was the second-largest in the nation after Nevada; Pennsylvania has now taken over that spot.

The Atlantic Club closure cost 1,600 workers their jobs. An additional 2,100 at Showboat will be unemployed as of August 31, in addition to the 1,009 Trump Plaza workers on the payroll. Revel has 3,100 workers who could lose their jobs if the two-year-old casino resort is not sold.