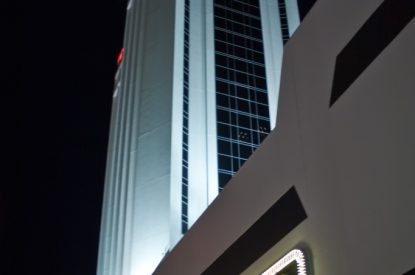 The sale of the Trump Plaza, once the jewel in Donald Trump’s Boardwalk crown, has generated the lowest ever price for an Atlantic City casino at just US$20m.

The Meruelo Group of California, owner of the Grand Sierra Resort and casino in Reno, has bought the casino for the bargain-basement price from Trump Entertainment Resorts. It wants to close the deal by the end of May, sealing its entry into a distressed market where only one casino posted year-on-year gains in the last set of financial figures. It has paid less than ten per cent of the $210m that  it cost to develop Trump Plaza in May 1984. The Meruelo Group, which also works in the construction, engineering and real estate sectors, will rename the Atlantic City property at a later date. The new operator said it would make a considerable investment into the property.

Alex Meruelo, Founder and CEO of the Meruelo Group, said: “Trump Plaza is one of the world’s most recognised gaming resort destinations and is an integral part of the Atlantic City landscape. Our company is thrilled to have the opportunity to become the new owners of this property, and we are firmly committed toward establishing it as one of the elite destinations in Atlantic City and on the East Coast.”

Robert Griffin, CEO of Trump Entertainment Resorts, added: “This is good news for the city, for the state, and for the Plaza. There is still considerable interest in this market.”

Trump Entertainment Resorts offloaded the Trump Marina to Texas billionaire Tilman Fertitta who reopened it as the Golden Nugget in 2011. Trump, which is no longer associated with Donald Trump has only one casino in its portfolio; the Trump Taj Mahal Casino Resort.

It will use the money from the sale to pay down its debt, which will be about $270m after the sale.