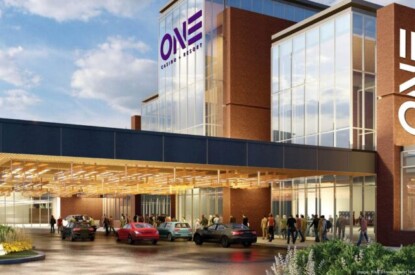 Urban One, the company behind the One Resort + Casino project destined for Richmond, Virginia, has confirmed it will pursue running a referendum campaign to approve the project in the 2023 election cycle as provided by the current Virginia budget language.

Urban One and its partner Colonial Downs were selected as the chosen operator by the Resort Casino Evaluation Panel in Richmond, allowing the consortium to move forward with ONE Casino + Resort, a US$600m, 300,000 square-foot resort with 100,000 square feet of gaming space. It beat off a competing bid from The Cordish Cos. having already seen off proposals from Pamunkey Indian Tribe, Wind Creek Hospitality, Golden Nugget Hotels & Casinos and Bally’s Corp.

The project, set to bring thousands of well-paying jobs and millions in much-needed tax revenue for schools, first responders, roads, and infrastructure to the City of Richmond, was approved by the City Council for a second referendum.  The City applied for and received a final court order allowing the referendum to move forward in the 2022 election; however, the recently passed Virginia state budget contained language that sought to delay the referendum to 2023.

“We were disappointed with the introduction of the budget language, especially after both the House and Senate bills containing similar language were defeated in the General Assembly,” said Alfred Liggins, CEO of Urban One. “Despite strong legal arguments to support moving forward in 2022, we have asked our partner, the City of Richmond, to withdraw their petition for a November 2022 ballot referendum because we feel a long protracted legal dispute at this time does not best serve the citizens of Richmond or the State of Virginia.  We are now focused on winning the Richmond casino referendum in 2023.”

Urban One has been active in Richmond for over 20 years with its Radio Stations iPower 92.1, Kiss 99.3/105.7, The Box  99.5/102.7, and Praise 104.7.  The One Resort + Casino project will be located in South Richmond, right off I-95 at the Bell’s Road exit.  In addition to bringing much-needed revenue to the City, the project will showcase the very best of Richmond by featuring Richmond-based restaurants, local art, production studios, and 50 acres of green space for all to enjoy.  “There is no doubt that Richmond is by far the best location for a project like this, with its central location, vibrancy and existing infrastructure,” said Cathy Hughes’, Founder and Chairperson of Urban One.

“I’m grateful for the outpouring of broad support that we have received from Richmond and look forward to getting back on the air to continue the dialogue about our shared vision for One Resort + Casino.”

The casino will boast 2,000 slots and 110 table games, including poker and a sports book, a 250-room hotel with the option of expanding to 600 rooms, 15 bars & restaurants, 3,000 capacity event center, 200 entertainment events annually and TV & Radio production studios.