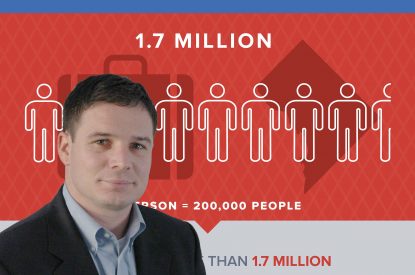 For the first time ever, a new study conducted by Oxford Economics examines the broad economic impact the gaming industry as a whole has on the US economy.

The American Gaming Association released the first-of-its-kind study, which measures the economic impact of every facet of the casino gaming industry–commercial casinos and manufacturers and Native American casinos, as well as the industry’s significant ripple effect on the supply chain, including local businesses.

Oxford’s study found that the US gaming industry contributes $240bn, nearly a quarter of a trillion to the US economy, which is equivalent to the total state budgets of New York and Texas combined. It supports more than 1.7m jobs, more than double Washington, D.C.’s total employment–and nearly $74bn in income. It generates $38bn in tax revenues to local, state and federal governments, enough to pay more than half-a-million teachers’ salaries.

Geoff Freeman, president and CEO of the American Gaming Association, said: “We’ve known for a long time that our industry’s contributions have gone underestimated, but these numbers are bigger than even we anticipated. Gaming is driving big results in hundreds of American communities. Our future success depends on strong partnerships with policymakers that allow us to innovate, reinvent, and create more jobs.”

He added to policy makers: “Work with us as partners so that gaming can innovate, reinvest and create even more jobs.”

Adam Sacks, Director at Oxford Economics, added: “The research reveals a vast industry that supports local communities across the country through business linkages and employment generation. Given the relatively high levels of taxes on the casino industry, it supports a wide range of government services as well.”

According to a recent poll conducted by respected pollsters Mark Mellman and Glen Bolger, voters across the political spectrum view casino gaming more favourably than ever before. Further, the vast majority recognizes that casino gaming creates jobs, strengthens local businesses and benefits communities. In order for the gaming industry to continue serving as an economic engine, policymakers must work with industry leaders to craft policies that help maximize gaming’s ability to innovate, reinvest and contribute to local communities.

US casinos, including those owned by Native American tribes, generate total revenues of more than $81bn. Casino gaming revenues of $67bn are now at an historic peak. American gaming equipment manufacturers, who build the table games, slot machines and other products found on the casino floor, produce nearly $6bn in total revenues. The gaming industry generates more than $14bn in consumer spending at restaurants, retail stores, hotels and other businesses. The industry also generates approximately $60bn in payments to suppliers, including many local, and injects $78bn through gaming employees’ spending.

Oxford Economics found that the gaming industry generates nearly $17.3bn in federal taxes, approximately $11bn in state and local taxes and almost $10bn in state and local gaming taxes. The $38bn plus injection into public budgets pays for a range of services including public safety, hospitals and schools, among others.