US – Warner Gaming and Hard Rock present blueprint for Arkansas 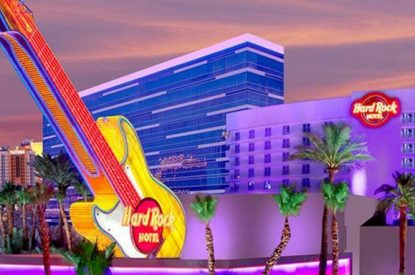 Warner Gaming is partnering with Hard Rock International to push for a casino resort complex in Pope County, Arkansas.

Two licences are up for grabs in Arkansas with the official window for applications opening on May 1 and closes on May 31.
In addition to state-of-the-art casino gaming, the resort planned for Arkansas River Valley will include a best-in-class hotel and upscale dining and conference facilities. It will also have indoor and outdoor venues for live entertainment and other amenities.

Warner Gaming CEO and owner, Bill Warner, said: “We aim to deliver to Pope County a facility that will attract visitors throughout the region and beyond. With its truly global reach, the Hard Rock brand will help us do that.”

“Arkansans have decided to keep the jobs and tax revenues associated with casino gaming within the state, and we are excited for the opportunity to be a part of that,” said Mr. Warner. “In the coming weeks, we will continue our discussions with Pope County residents so that we can get a feel for what the community would like to see in a project like this. Our past experience has taught us that community input and involvement is critical to our success.”

However, the project faces a series of legal hurdles before it can be built. Arkansas passed an amendment to allow statewide gambling last year but each casino project must still pass through a legal process to be approved by the local community where it is being built. Hard Rock is one of several casino operators looking to land one of the Arkansas licenses.

Warner Gaming has managed the Hard Rock Hotel & Casino in Las Vegas since 2011, and also opened a hotel-casino property in Sioux City, Iowa. The Hard Rock brand is globally recognised, with a total of 185 Hard Rock Cafes, 27 hotels, and 11 casinos, spread over 75 countries.

“The Hard Rock brand is one of the most recognisable in the world. We are pleased with the opportunity to bring the Hard Rock brand to Arkansas and continue our relationship with the Warner Gaming team,” said Jon Lucas, chief operating officer of Hard Rock International.

“It’s great to have a community-minded partner that really understands that it’s not just about their corporate success but the success of our whole community,” said Sioux City Mayor Bob Scott. “Warner has delivered, and they continue to deliver.”

“We feel that the accolades and recognition received by our Sioux City property have provided a tremendous tourism draw to the area,” Mr. Warner said. “We look forward to replicating this success in Arkansas.”