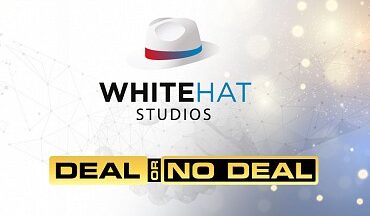 White Hat Studios, the content division of major igaming platform supplier White Hat Gaming, is now live in the US, with market-leading operator BetMGM as its first customer.

The studio offers hundreds of slots, jackpots, RNG, table and instant-win titles, with a roadmap that will consistently deliver new and innovative games and leading jackpot mechanics.

This first deal will see BetMGM benefit from premium branded titles with proven track records in mature European markets, which are sure to appeal to a North American audience, including Ted, Deal or No Deal and Peaky Blinders.

The US debut with BetMGM signifies a uniquely rapid development, with White Hat Studios having been formed less than 12 months ago. This is the first in a series of anticipated state entries and aggressive roll out of further operators into all regulated states.

Andy Whitworth, CEO of White Hat Studios, said: “We’re delighted to see our products go live in the US, starting with BetMGM in the great state of Michigan. Our games are tried and tested, and we are confident our content will thrill US players.

“It’s been an incredible ride getting to this point from a standing start last September. This is a huge milestone to go live, my team has been exceptional to move at such speed, the next step is to launch into all states and get live the 15+ operators that we have signed so far.