US – William Hill at the double with two US deals 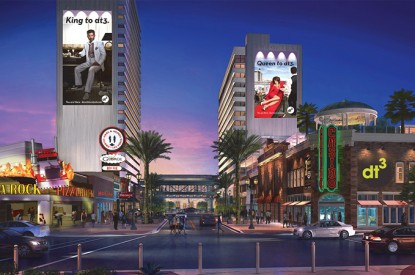 Fifth Street Gaming, the developer and operator of the future Downtown Grand Casino, has signed a long-term agreement with William Hill US to operate a race and sportsbook.

The sportsbook will boast a William Hill storefront and a dedicated entrance with a facade similar to the company’s 2,400 betting shops in the UK.
Whilst the deal has yet to be approved by Nevada gaming regulators, it is expected to go through by the time the Downtown Grand opens in September.

Joe Asher, CEO of Las Vegas-based William Hill US, said: “We are pleased to partner with Fifth Street Gaming and be a part of the Downtown 3rd Project. Downtown Las Vegas is undergoing an exciting transformation and Downtown Grand and other new businesses nearby will bring many new customers to the area.”

The casino is the first completely new downtown hotel and casino to be built in Las Vegas in more than 20 years.
William Hill already operates 182 sportsbooks and kiosks in Nevada, including four race in downtown Las Vegas, including locations at the Plaza, The D Las Vegas, Binion’s and the Four Queens.

New Jersey approved legislation last January, legalising sports betting at its casinos and race tracks but the move has been opposed by some major professional sports leagues who have sued the state.