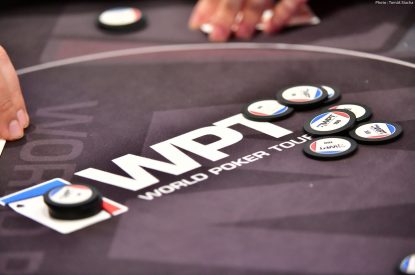 Allied Esports Entertainment, a global esports entertainment company, and Element Partners, a privately-held investment vehicle, today announced a definitive agreement under which Element will acquire the Company’s poker-related business and assets, including the entities comprising the World Poker Tour.

Under the terms of the agreement, Element will acquire World Poker Tour for a total of $78,250,000, consisting of a $68,250,000 upfront payment and a fully guaranteed revenue share of five per cent of WPT-branded tournament entry fees on Element-owned or licensed gaming platforms, up to a maximum of $10 million, payable over three years after closing. The company’s Board of Directors has approved the transaction, which is expected to close in late January or early February 2021, assuming the Company’s shareholders approve the transaction and following required regulatory approvals and other customary closing conditions.

Upon completion of the WPT transaction, and assuming the realization and completion of the possible sale of the esports business, Allied Esports Entertainment would proceed, under a new name, as a publicly traded holding company focused on using its cash resources to explore opportunities in online entertainment, including but not limited to, real money gaming and other gaming sectors.

Frank Ng, CEO of Allied Esports Entertainment, said: “Despite the many challenges caused by the COVID-19 pandemic, the WPT business has delivered substantial, impactful results, specifically through its online platforms and services, and has made meaningful contributions for the Company. In addition, Allied Esports, with its world-renowned HyperX Esports Arena Las Vegas and best-in-class production services, has generated market attention as the esports industry gained momentum during the pandemic.”

Mr. Ng continued, “Due to COVID-19’s impact on the Company’s overall revenue generation and profitability timeline, we believe the forthcoming sale of the WPT business will garner significant capital and an avenue to determine new opportunities that will deliver accelerated returns for our stakeholders.”

The World Poker Tour has grown considerably since its 2002 inception. Today, its iconic television show is seen worldwide by more than 150 million people annually, WPT events are held on five continents, and the company has awarded more than $1bn in prize money. WPT initially went public in 2003 and was later purchased by PartyGaming for $12m and a related revenue share. In 2015, the Company was purchased for $35 million by Ourgame International Holdings Limited and then acquired by NASDAQ-listed Black Ridge Acquisition Corp. with a value of $50m in 2019 as part of a larger deal that led to the listing of the company as Allied Esports Entertainment.

2020 was an exceptional year for WPT’s online and interactive services pillars of its business model. With in-person events postponed or cancelled due to COVID-19, WPT’s flagship online subscription platform, ClubWPT, increased new registrations by 61% through the third quarter of 2020, exceeding registrations during the full year of 2019. Total subscription revenue for ClubWPT was also up 56% year-over-year during the same time. The shift online also fostered WPT’s largest event in its 18-year history with 2,130 entries for the WPT Online Championship on partypoker and the company’s largest series, also on partypoker, the WPT World Online Championships featuring a $100m guaranteed prize pool.

Adam Pliska, the long-time CEO of the WPT, stated, “I want to thank Frank Ng and the entire AESE management team for its support in allowing WPT to flourish during this period. My management team and I are excited about this next chapter and the tremendous new opportunities for the WPT brand and business.”