US – Wynn name could be dropped from Boston casino 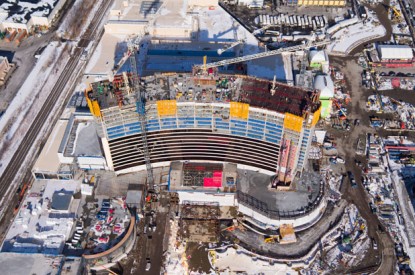 Officials from the Wynn Resorts casino in Everett are now ‘absolutely’ considering dropping their Founder and former CEO’s name from the casino’s branding, according to casino President Robert DeSalvio.

He said: “We are absolutely considering a rebranding of the project, and we’ll have an announcement on that at a later date. It’s under active consideration right now.”

Wynn Boston Harbor spokesperson Greg John added however that the company had ‘absolutely not’ decided on changing its name to Encore Boston Harbor.

“There’s no truth that we’ve finalised the name,” he explained. “If we open a new resort, we secure all the domain names for all of our branded business units. We do that everywhere.”

The Massachusetts Gaming Commission has been inundated with demands from local residents and politicians, including Attorney General Maura Healey and Governor Charlie Baker, that Wynn’s name is removed from the yet-to-be completed casino’s name following the allegations of sexual misconduct against Steve Wynn, who recently resigned as CEO of the operator.
The $2.4bn, 3m-square-foot Wynn Boston Harbor is on course to open in late June 2019.