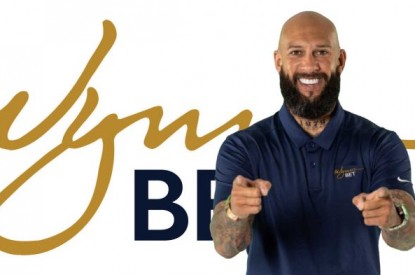 Through the partnerships, the trio of sports legends will appear in WynnBET advertising, attend in-person events and promote the WynnBET app in addition to interacting as guests at the Blue Wire Podcast Studio at Wynn Las Vegas. WynnBET will also run several in-app promotions and odds boosts tailored to the ambassadors’ interests and personalities.

Johnson, one of the most influential athlete social media influencers with more than 5 million followers across Twitter and Instagram, played 11 professional football seasons with Cincinnati and New England. A leading voice in the sports and entertainment community, he recently participated in an exhibition boxing match in June. WynnBET will also support Johnson’s future charitable endeavors in his hometown of Miami, Fla.

“You know I love my fans, and Wynn is known for focusing on providing the best guest experience, which is why WynnBet is a perfect partner,” Johnson said. “This is all about connecting directly with sports betting fans to provide great entertainment and conversation through social media and in-person events.”

The goalkeeper with most games played all-time for the United States Men’s National Soccer Team, Howard played professionally in the English Premier League with Manchester United as well as with several Major League Soccer franchises. Howard, the United States’ goalie in two World Cups, currently serves as a soccer TV analyst and uses his social media platforms to share insight to soccer fans across the globe.

“I’m excited to join the WynnBET team, one of the most recognized names in sports and entertainment,” Howard said. “With MLS continually growing in popularity, I look forward to sharing my game previews and parlay picks with WynnBET customers.”

Mangold was a seven-time Pro Bowl offensive lineman during his 11-year professional football career with the Jets. He will bring his ‘big man’ personality to WynnBET and has plans to expand his media footprint while supporting his former team through the partnership.

“I’ve played football for almost my entire life, and never realized how entertaining it is to bet on the sport and interact with other fans about betting,” Mangold said. “Now that I’m retired, I’ve enjoyed learning the role that betting and social interaction plays in enhancing my enjoyment of the game. The WynnBET app makes that easy for me in my current home state of New Jersey. I’m excited to partner with WynnBET to let fans know what an entertaining and user-friendly experience the app provides.”