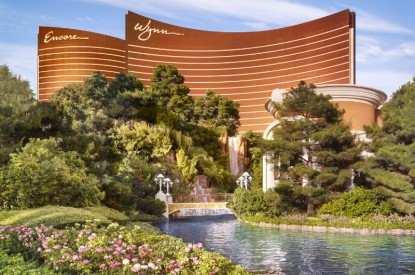 Steve Wynn’s former wife Elaine has filed a lawsuit against the Wynn Resorts Chairman and CEO in Clark County District Court in an attempt to regain control over her shares in the operator.

She claims Mr. Wynn had overseen her removal from Wynn’s Board of Directors after she questioned the ‘tone at the top’ regarding internal controls and withholding information. The claim attempts to highlight the ‘reckless activity of the CEO and others in the company.’

Elaine Wynn was a co-founder of the company and its third-largest shareholder. In 2015, the independent directors of the company chose not re-nominate Ms. Wynn to the Wynn Resorts Board of Directors. As a result, Ms. Wynn waged a campaign for her re-election and her efforts were soundly rejected by the company’s shareholders. Although Mr. Wynn voted his shares pursuant to their Stockholders Agreement, Elaine Wynn lost the election, with only seven per cent of the votes cast for her by her fellow shareholders.

She claimed that having been removed from the board, she could no longer protect her economic interest in the company. Her legal action includes seeking a judicial determination that the January 2010 Stockholders Agreement, which purports to prohibit her from transferring stock that she owns without the permission of Mr. Wynn, and grants to Mr. Wynn all rights to vote her stock, is invalid and unenforceable as a matter of law.

In filing the complaint, Ms. Wynn “also seeks damages for Mr. Wynn’s breach of his obligations under the January 2010 Stockholders Agreement, including his failure to support her renomination and reelection to the Board of Directors, and for Wynn Resorts’ ‘tortuous interference with that contract.’

Her complaint states: “Ms. Wynn raises these issues reluctantly: she had hoped, for the sake of her family and of the Company she helped to build, that the issues plaguing the operation of Wynn Resorts and the reckless risk-taking of its Chairman and CEO Mr. Wynn could be addressed through proper corporate processes and channels. They cannot be. Mr. Wynn has intentionally kept the Wynn Resorts Board in the dark and has turned the General Counsel of the Company into his co-conspirator.”

“Every time Elaine Wynn sought information, as a director should, she confronted a ‘tone at the top’ that punished inquiry, even by her, a major shareholder, director and co-founder of Wynn Resorts. Ms. Wynn cannot sit by idly and accept punishment for doing what is right and daring even to inquire about Mr. Wynn’s reckless operation of the company.”

The complaint continued: “The ostensible purpose of the January 2010Stockholders Agreement was to place restrictions on the stock held by Mr. Okada (through his company, Aruze USA, Inc.) to preserve the Wynn-Okada alliance and avoid the kind of takeover that the Wynns faced at the Mirage. Mr. Wynn induced Ms. Wynn to sign the January 2010 Stockholders Agreement by a series of false representation, both professional and personal, including that the purpose was to restrict Mr. Okada, not her, and that she would serve on the Board for at least as long as the restrictions applied so that she could protect her stock in the company, which is Ms. Wynn’s largest asset.”

“Now that the shares held by Mr. Okada’s company have been redeemed, the ostensible purpose of the January 2010 Stockholders Agreement has been frustrated. If the purpose was indeed to impose limits on Mr. Okada, as Mr. Wynn and his counsel maintained, then there is no legitimate basis for continuing to enforce the Agreement’s restrictions on Ms. Wynn’s shares. As is now clear, Mr. Wynn is misusing the January 2010 Stockholders Agreement to exert full and perpetual control over his former wife’s life and legacy.”

In a fiercely written statement, My Wynn said that his former wife’s claim was ‘simply not true and are rehashed from her previous, unfounded statements made during her proxy campaign.’
He said he was ‘a disappointed ex-wife who is seeking to tarnish the reputation of Wynn Resorts and Steve Wynn and their daughters.’

His statement said: “Ms. Wynn’s latest allegations regarding our Board, its composition and its independence are simply not true and are rehashed from her previous, unfounded statements made during her proxy campaign. Our company has nine distinguished directors, seven of whom are independent under NASDAQ standards. This lawsuit is filled with lies and distortions and is an embarrassment to Ms. Wynn and her counsel. This is simply an attempt to inflict personal pain on Mr. Wynn.

“What particularly saddens Mr. Wynn among the many falsehoods is the assertion that Mr. Wynn’s estate planning does not provide for his daughters and grandchildren. This is untrue in every sense of the word and is a shocking allegation for a mother to make concerning family. This is an action unbecoming of a long-time director, significant shareholder and mother. None of what Wynn Resorts has accomplished would be possible without its extraordinary employees and the sense of family and community that Mr. Wynn has created. Ms. Wynn’s actions today run counter to the culture of everything Mr. Wynn has worked so hard to create.”