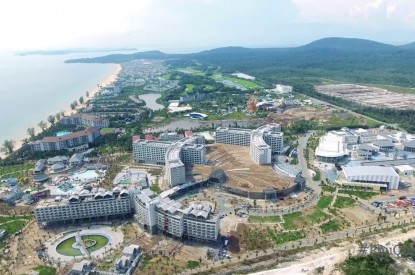 A casino where locals are allowed to play is to be allowed in a development currently being built on Vietnam’s largest island Phu Quoc which will also include a hotel and an amusement park.

Phu Quoc Tourism Investment and Development, which includes Vietnam group Vingroup, has confirmed that it will now invest $2.14bn in the project with the casino being allowed to take part in a three-year pilot program where local scan gamble.
A Vingroup-invested firm has been allowed to include a casino in a hotel-amusement complex on.

The People’s Committee of Kien Giang Province confirmed that the Prime Minister has approved the casino element.
The overall complex is already under construction and is on course is to open in 2021.