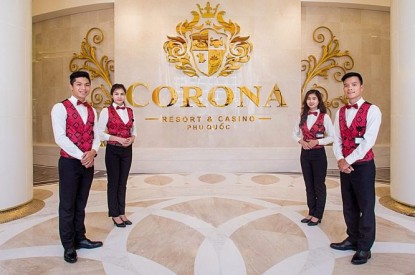 Vietnam’s Ministry of Finance is putting forward an extension of the scheme allowing Vietnamese locals to play at two designated casinos until 2024.

Currently locals are only allowed to play at the Corona Resort on the southern island of Phu Quoc and another casino that is yet to open in Van Don, in the northern province of Quang Ninh.

The pilot scheme was to be reviewed in 2022, but the effects of the pandemic on gaming and tourism have convinced the Ministry that an extension until 2024 would provide better data to analyse The suggestion must be approved by the country’s prime minister.

In March, casino companies suggested to government that expanded the pilot to allow locals to gamble in casinos in Quang Nam and Ba Ria-Vung Tau would help them recovering from the loss in revenues caused by the Covid-19 pandemic.

An analyst from Dezan Shira & Associates said: “The Government’s main concern would be not to expose the local population to potential social risks from gambling and so I do not think there will be a significant shift in government policy in the near term. There are these pilot programs, but that gives us the view it’s something the Government is experimenting with. I think it’s highly unlikely to be opened up to domestic big spenders any time soon.”