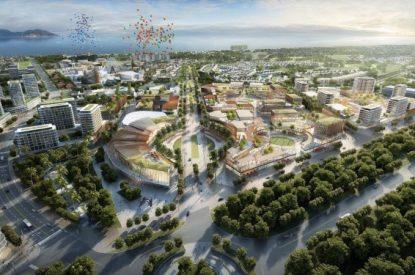 Hong Kong-based, Macau junket Suncity Group Holdings is snapping up a 34 per cent share in Hoiana a casino resort destination destined for the south of Hoi An in central Vietnam, for US$76.8m.

The Hoiana project, which will be located in the Chu Lai Open Economic Zone in Quang Nam Province, includes investors such as VinaCapital Group and Gold Yield Enterprises, a subsidiary of Hong Kong’s Chow Tai Fook Enterprises.

Suncity is completing the deal via a subsidiary known as Goal Summit. The casino will include 140 gaming tables, 1,000 slots, a golf course and a condo-hotel. It is expected to open in 2019. The whole development has had an initial investment of $89m.

“The group is confident on the outlook of the tourism sector in Vietnam and believes there will be an increasing demand for resort facilities in popular tourist destinations [in] the country, including Quang Nam province, which has received almost a quarter of the country’s total number of foreign visitors in 2016,” Suncity said.

Construction of phase one started on April 23. The first phase will open in Vietnam’s Quang Nam Province in the first quarter of 2019, whilst the seven-phase project, costing some $4bn, won’t be completed by 2035.

The full resort casino will cover 985 hectares. The South Hoi An development will be the largest tourist destination in Quang Nam, which is already home to several resorts on the South China Sea coast.

Suncity said: “The phase one integrated resort is due for completion in the first quarter of 2019 and will include approximately 1,000 lodging rooms, three hotels, residential villas and apartments along with a championship golf course, food and beverage offerings, retail areas and a variety of further leisure and entertainment facilities. In the near future, Suncity Group will launch a variety of brand-new travel products and offerings and aim to further develop business scope internationally in the field of leisure and tourism.”

Malaysian-born Genting Group cancelled its involvement in the South Hoi An in September 2012 with the project stalling until the start of 2014.