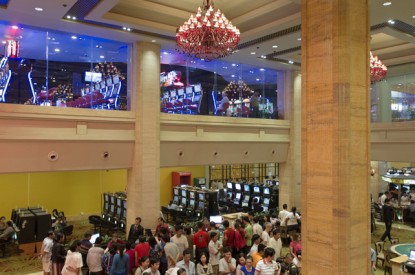 The government in Vietnam has now published the decree that will allow two domestic casinos to accept bets from locals as part of a three-year pilot scheme.

The trial will be launched on March 15, allowing locals over 21 years of age and with a monthly income of at least VN$10m (US$443) to gamble at two yet to open casinos in the Van Don Special Economic Zone in Quang Ninh, and in Phu Quoc in the south.

The government stated: “After three years… the government will decide whether to continue Vietnamese people’s access to casinos.”

The decree, published on Friday, said ‘the government retains an option to cancel (or even expand)’ the trial. Management at The Grand Ho Tram are hoping that they may still be able to be part of the pilot scheme. The decree states that casinos with a total capital investment of at least US$2bn could be considered.

Vietnamese gamblers will have to pay VN$1m for a 24-hour casino pass or VN$25m for the month.
Union Gaming believes that the move will negatively impact many of the border casinos in Cambodia but that Nagaworld in Cambodia’s capital of Phnom Penh would remain ‘largely insulated’ as its dependence on players from Vietnam has ‘declined significantly.’

Union Gaming analyst Grant Govertsen said: “We would expect many to struggle to survive over the duration of the three-year Vietnam locals pilot program. We estimate Naga’s current exposure to Vietnam, as measured by GGR, is less than five per cent on mass market and slots and an even lower percentage of VIP. While we do not expect a material impact to Naga as a result of locals gaming in Vietnam, we do expect the border casinos in cities like Bavet, Cambodia to bear the brunt of the downside as the border casinos are significantly easier to reach than Naga and have historically captured the lion’s share of Vietnamese customers.”