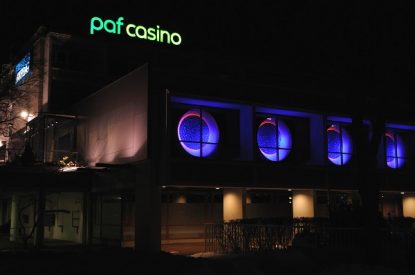 over the previous year.

Around €21m of the profit will be awarded to Paf’s owners the Åland Government to be distributed for public good.

Anders Ingves, CEO of Paf, said: “The positive trend from 2012 has continued in 2013 with increased revenue in most months of the year compared with the same months in the previous year. The rate of increase was particularly pronounced during the first two quarters while the trend in the last two quarters was weaker.”

Gaming revenue in the Paf.com part of the business rose seven per cent to €73m, while gaming revenue for the Land and Ship operation decreased by six per cent to €34.6m. The group’s total revenue during 2013 rose to €108.2 million, an increase of three per cent.

With a continued reduction in costs, the Paf Group, despite a lower growth rate, recorded an improved operating profit of €30.9m for 2013. This represented an increase of 25 per cent compared to 2012. The operating margin for 2013 was 28.5 per cent.
Anders Ingves added: “As a whole, we are satisfied with the result in 2013. We have increased profits for the third consecutive year and we go into 2014 with the objective of restoring growth in our existing markets and increasing growth overall by expanding into a new international market.”

Paf overtook its goal of achieving a C/I ratio of 75 (the ratio of income to expenses) during the year. Over the past three years, the cost/income ratio of the Paf Group has been reduced from 80 to 72.
Paf started a research project in collaboration with the Karolinska Institute in Stockholm. The project’s goal is to improve the probability of the early detection of problem gambling behaviour.

In January, the world’s biggest online slot machine jackpot was won at Paf.com on the game Mega Fortune. The world record of €17.8m is recognised by a Guinness World Records certificate. The record still stands.

In April Paf launched its first site designed for mobile phones, tablets and other devices with a touchscreen.

In October Paf organised and hosted a gaming conference on Åland, the Paf Responsible Gaming Summit. The purpose was to share knowledge so that the gaming industry as a whole can become more responsible.