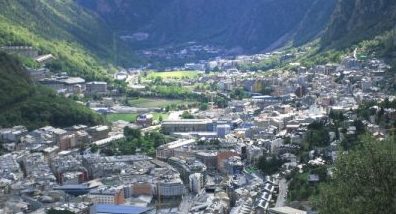 Nine international business groups have put forward bids for the new casino licence in Andorra, including Cirsa (Spain), Genting (Malaysia) Sithel (Luxembourg) and French companies Partouche and Barriere as well as a group made up of local business people.

The deadline to submit offers to manage the single Andorran casino ended Last Tuesday (October 31st). Envelopes will be opened officially on November 7th, revealing the contenders for the new licence while at the beginning of December the government will reveal the amounts bid by the interested parties. The new casino will be small but a minimum investment of ten million Euros will be required. Although the envelopes have yet to be opened there has been considerable speculation in the press over which companies are interested in investing in the new project.

Last week (October 30) Grup Cierco and Groupe Partouche said in a statement said that they had set up an Andorran company, called Comella 11 Casino and had submitted a proposal to the Andorran Gaming Control Board (CRAJ).

According to the statement, the casino would “contribute decisively” to the revitalisation of the main commercial axis of capital Andorra la Vella, while contributing to the economic development of the country as a whole. The company expects that the casino, which would not be part of a hotel, would be up and running for the winter season of 2019-2020. Partouche is one of the leading operators in the gaming sector in France, while Grup Cierco is one of the largest conglomerates in Andorra with activities in a number of business sectors including real estate, construction, hotels and tobacco.
Cirsa is also among the potential candidates according to press. The company told news portal Economía Digital that they have submitted an offer but did not reveal who their partner in the project would be. According to sources, the casino would be located in the municipality of Escaldes. Genting it is also believed to be looking at investing in the same area. A number of other internationally well-known operators are also believed to be interested in the licence but have so far issued no official word.
In July, the Council of Ministers for the Principality of Andorra approved the specifications to tender a casino license. CRAJ will award additional points if it is located in the most popular tourist zones. The future casino must have a minimum area of 2,000 square meters for the public and have a minimum of 100 parking spaces. The project must have at least one gaming machine room with a minimum of 150 gaming positions, a traditional table room with a minimum of 50 gaming positions, a poker room, a live betting room and a multipurpose room for shows and conferences. The licence will be for a minimum of 10 years and a maximum of 20.

In 2013, the government first gave the go ahead to a single casino licence. Casinos had until then been banned from the Catalan-speaking country, which operates as a tax haven. In January 2015, the legislative committee of Andorra completed the draft of a bill that paved the way for a land-based casino and online gaming in the tiny Pyrenees country, located on the border between France and Spain. The Minister of the Presidency, Antoni Riberaygua, said at the time that the opening of the gambling market in Andorra would be achieved gradually and expressed his hope that the addition of a casino would boost tourism to the principality, which has over 10m visitors each year.