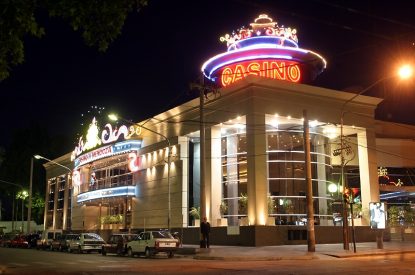 The Institute of Gaming and Casinos of the province of Mendoza has renewed its contract with Mendoza Central Entretenimientos (MCE) for a further eight years.

The company provides slot machines for the state owned casino located in downtown Mendoza in return for which it receives a percentage of revenue.

Both parties originally signed the contract in 2004 when the company agreed to rent out slot machines in return for 26.23 per cent of slot machine revenue. However the fee has caused considerable controversy in the province when it was revealed that in 2010 the contract was renewed and that the fee was almost doubled to 47 per cent. According to the agreement signed in 2011 MCE’s fee would increase initially from 26.23 per cent to 33.92 per cent then to 40.09 per cent and then finally to 47 per cent of slot machine revenue.  As part of the new agreement MCE would add another 200 slot machines taking the total to 569 and carry out building work to house them. This was so that the casino would be able to compete more effectively with a number of new casinos opening up nearby.

President of the Institute Carlos Bianchinelli told press that a new deal had been reached saying that both parties had signed a new agreement reducing the fee from 47 per cent to 43.8 per cent. However the new contract continues to be a controversial issue with a number of local politicians coming out in opposition of the new terms of the contract. This week the government has agreed to investigate the contract and analyse the agreement between the Provincial Institute of Gaming and Casinos in order to see if the fee on slot machine revenue is justified.