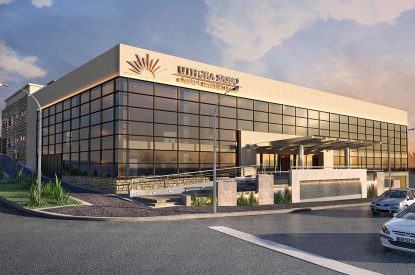 A new casino located in the popular seaside resort of Mar del Plata has once more opened for business after an 18 year lapse.

The casino located as part of the Hotel Sasso, will offer roulette and card games and will in the future also host major poker tournaments.  Although the casino has been equipped and been ready to run for three years it has until now remained closed due political infighting between the national government and the government of the province of Buenos Aires. However, Governor of the province Daniel Scioli finally signed the casino licence last week and it initially allows the casino to run eight roulette wheels and four gaming tables. The new opening takes the number of casinos now operating in the city to four.

Head of the Casinos Employees (Association la Asociación de Empleados de Casinos) Jorge Baino told local news portal La Nacion that: “This will undoubtedly be the most modern room and impressive casino in the province ,” and confirmed that the new casino will create 200 permanent  and 300 temporary jobs.

The casino stands at ​​1300 square meters , has parking facilities for 170 vehicles and will in the future also be allowed to offer craps tables and later slot machines although it is unclear as yet exactly when these will be permitted or how many slot machines will be allowed.

Gaming in the province of Buenos Aires has seen a boom over recent years and despite the current economic climate in Argentina continues to grow with the twelve state run casinos reporting increased revenues of more than 30 per cent year on year.  The increase is down to the fact that the majority of Argentines can no longer afford to travel abroad for their holidays due to government restrictions.

In July 2012 the government banned people from buying dollars for the purpose of saving them and Argentines are only permitted $100 a day when travelling outside the country. Since August 2012 Argentines must pay a 15 per cent tax surcharge on all credit card transactions made abroad and this went up to 25 per cent in March 2013. Now in the summer holiday hotels in resorts such as Mar del Plata are recording record number of visitors with hotel bookings standing at above 90 per cent.  700,000 tourists visited Mar del Plata in December last year, a figure slightly higher than the same month in 2012.