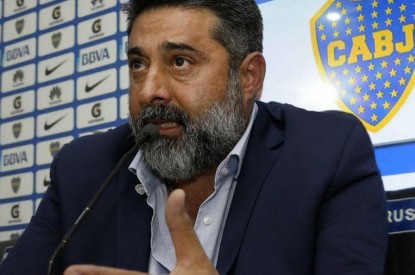 According to AFIP, the decision was based on calculations on accounts “without validity.” AFIP has demanded that the court revoke the tax exception. The appeal was made officially before the Chamber of Administrative Litigation on December 13th but has now been confirmed.

A lawyer for AFIP said: “The existence of corruption is undeniable amongst those who exploit and manage gambling and the damage that this activity causes millions of people who are affected by the addiction to gambling. It is public knowledge that gambling is a business that handles large amounts of money for the benefit of the few to the detriment of the many, especially the most needy.”

AFIP also criticised in harsh terms the decision made by Judge Lavié Pico. The judge’s decision benefited Bingo Ramallo SA, World Games SA (which in turn controls a bingo hall in Pergamino in Buenos Aires province and has interests in Brazil) and Desarrollos Maipú SA (which has a casino in Mendoza). Judge Lavié Pico questioned Law 27,346, which created a “specific tax on the making of bets”, and President Macri’s decree 179/17, which raised the rate of income tax for the sector from 35 to 41.5 percent. In line with Angelici’s arguments, Lavié Picó argued that the rise in tax to 41.50 per cent “appears as confiscation, thus violating the constitutional right of property.” The ruling means that Angelici could save at least $14m in taxes on his gaming businesses.

For AFIP, however, the judge based his conclusions on “a hypothetical financial situation” of those companies, since Angelici only contributed a hypothetical accounting calculation that the tax agency “did not corroborate.”

The news comes at a time when major changes are on the way in the province and the government is seeking to both restrict and raise taxes on gaming. Earlier this month Governor María Eugenia Vidal announced that she would cancel the casino licences of Mar de Ajó, Valeria del Mar and Necochea, as well as the Codere bingo hall in the city of Temperley in order to reduce gaming.