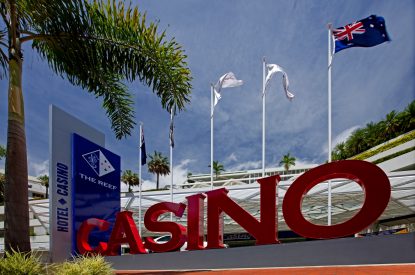 The Accor Group has sold its shareholding in the Reef Casino in Australia to Hong Kong-based Aquis Great Barrier Reef Resort Group, the developers of a proposed $4.2bn mega-resort and casino in north Queensland.

Accor’s shareholding included a 29 per cent stake in

Reef Casino Trust (RCT), a listed entity, as well as its 50 per cent stake in the related businesses of RCT, i.e. Casinos Austria Cairns, and Reef Corporate Service.

Reef Casino is a complex located in Cairns in Northern Queensland, that includes a 128 room Hotel, and a Casino with over 500 gaming machines.

The company is hopeful the Cairns sale will improve its chances of acquiring a casino licence for its proposed resort at Yorkeys Knob 13km north of Cairns. To be called Aquis Resort, it would market itself to Chinese tourists and has pitched itself as being bigger than James Packer’s Crown casino in Melbourne. It wants to operate 750 tables and 1,500 slots at a resort that, if approved, would include nine hotels with 3,750 rooms, one of the world’s largest aquariums, a 25,000-seat sports stadium, 1,200 apartments and 135 villas, high-end retail shopping, theatres, a 13-hectare reef lagoon, 18-hole golf course, a convention and exhibition.

The belief is that the company will try and apply to extend the Reef Casino licence to include the proposed-resort. The Reef Hotel Casino and Casino Canberra takeover bid is likely to take up to nine months but won’t affect staff numbers at

Mr. Fung stressed that the acquisition would be in addition to the Aquis project and would allow the company to begin marketing and attracting Asian tourists to Cairns now rather than waiting until 2018.

The Australian state of Queensland is considering issuing three new casino licences similar to the sprawling Integrated Resorts seen in Singapore as the government looks to boost tourism and create jobs.