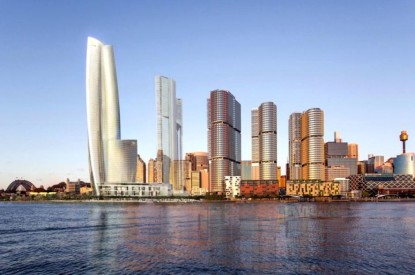 James Packer’s Crown Resorts wants the New South Wales government to allow smoking across the whole of the gaming floor at its proposed Crown Sydney casino.

Crown’s concept for a VIP only casino at Barangnaroo was conditionally approved by NSW Premier Barry O’Farrell last week. It wants to open a 24 hour-a-day gaming area of up to 20,000 sq. m. and has described smoking as critical to its plans. Entry will be restricted to members who will have to commit to a minimum bet per hand of $20.

Mr. Packer said: “In order to effectively compete with Macau, Singapore and the rest of Asia, Crown Sydney will need to permit smoking in VIP gaming areas.”

Crown said it would offer some non-smoking gaming tables, ‘reflecting the preferences of some VIP gaming customers.’

The proposal has stirred up emotion in the health sector. Quit Victoria executive director Fiona Sharkie described the suggestion as ’extremely concerning’ and accused Crown of ‘putting profit before the health of their staff and consumers.’

She said: “It’s such a backward step considering that we’ve had smoke-free workplaces in this country across different states for probably two decades. We don’t think there should be exemptions for high-roller rooms – they’re still exposing workers to enormous harms.”

A Crown spokesman however said the company took the issue of staff occupational health and safety ‘extremely seriously.’

Rival Sydney casino The Star has already been granted an exemption from NSW laws for its VIP areas and Crown’s Melbourne’s Mahogany Room, reserved for high-rollers, is also exempt from the smoking ban in Victoria.

Air quality has to be tested every three months and the results reported to health and safety representatives.