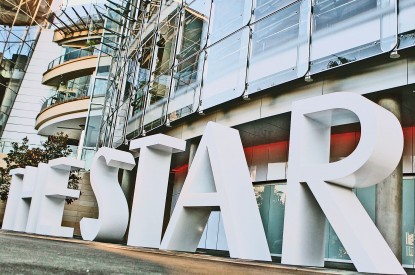 Echo Chairman, John O’Neill AO, confirmed that the move to rebrand as The Star Entertainment Group would also lead to a single identity spanning the company’s properties in Sydney, the Gold Coast and Brisbane.

“The intention is to change the parent company name to The Star Entertainment Group Limited with the properties to be known – via a staged rebranding process – as The Star, Sydney; The Star, Gold Coast; and The Star, Brisbane,” he said.

Echo Managing Director and CEO Matt Bekier added that a number of factors drove the consideration for change, while the plans have also been the subject of considerable research including consultation with guests.

“We have created stability and momentum in the business, and are embarking on significant capital works programs at all our properties to ensure that as a group we will own and operate truly world-class integrated resorts,” he said.

“The quality of that offering means we can, with a single identity, build further brand equity and loyalty. We can be greater than the sum of our individual parts.”

The Star name was chosen because of the awareness and recognition driven both domestically and internationally in recent times by the company’s Sydney property.

However, The Star in Sydney will also be further energised, with the rebranding to coincide with a significant investment program across all properties, and the establishment of a unified brand and customer experience.

The rebrand will include a new visual identity for the company and for all its properties, including The Star in Sydney.

“It is important that the new identity will still give us the flexibility to deliver thrilling experiences but with local spirit – which is what our brand positioning demands,” Mr Bekier added. “It in no way detracts from the wonderful performances of Treasury Casino & Hotel in Brisbane or the iconic Jupiters Hotel & Casino on the Gold Coast. To the contrary, transforming Jupiters is a major focus for us, and a strategic priority. Construction will soon be underway on the new six-star hotel tower at the front of the property.

“In Brisbane we are looking forward with incredible anticipation to the redevelopment of Queen’s Wharf. Our commitment to the region is so strong we will be relocating our headquarters to Queensland at the appropriate time.

“Along this journey we have also consulted with key stakeholders, including guests, and the feedback has been consistent with the approach we are taking.”

If the shareholders support the change to the parent company name at the AGM, the company name will be amended immediately.

However, the Gold Coast and Brisbane properties will not change their names until sometime later. The Treasury Casino & Hotel in Brisbane will retain the name associated with the building in which it currently operates, until the facilities are relocated to the new Queen’s Wharf development. The transformation at Jupiters and work on Queen’s Wharf need to be well advanced to ensure that when the properties do rebrand they meet the world-class standards the company wants The Star Entertainment Group to represent.