Brazil – Brazil’s new government confirms it will sell off Lotex 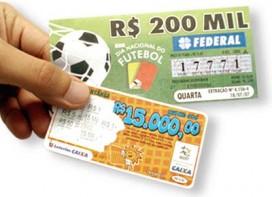 Brazil’s new president Michel Temer has announced that his government’s multibillion dollar plan to lift Brazil out of recession will have a direct impact on the gambling industry.

As part of a new plan dubbed “Project Growth” which is designed to kick-start the economy and secure investment, the new government will seek to privatise assets such as airports and auction off the rights for oil fields and hydro electric plant starting next year. In all the government plans to privatise four airports as well as two port terminals. It will also offer private companies the right to bid for contracts to build new roads and run new mining ventures.

“The government cannot do everything,” President Temer said during the announcement of the new plan last week. “It must have the presence of the private sector, as an inducer of development and producer of jobs in the country.”

As part of a 25 point privatisation plan designed to kick-start the economy the instant lottery ticket arm of Brazil’s largest state owned bank and lottery operator – will also be auctioned off to private investors.

The government announcement confirms reports which surfaced last week when an unnamed government source told Reuters that the government was seeking a private partner for Lotex – the instant lottery division of the Caixa Econômica Federal (CAIXA) bank.
According to the President of CAIXA Gilberto Occhi a majority share of the instant division of the lottery will be transferred to the private sector in the second half of next year. Once approved the private company will have 51 per cent of the company while CAIXA will retain the remaining 49 per cent.

Sports betting remains banned under Brazil’s gaming laws and the only legalised form of sports betting (apart from a small number of Codere horse race betting shops) is via lottery type games offered by CAIXA. This is nowhere near enough to meet demand and Brazilians have been tuning to offshore gambling sites in increasing numbers. According to government sources, the privatisation of instant tickets would generate revenue of between R$2.2bn and R$4bn a year while annual revenue for the government would stand at around R$1bn. Combined the sale of both privatised instants and the right to offer online sports betting could raise $8.4bn for the government.
The governments has been seeking a way to privatise instant lottery tickets since April. According to local press , a number of foreign companies are already showing interest in running instant lottery tickets including lottery giant Scientific Games. Representatives of the company have already participated in meetings with representatives of CAIXA and have opened up an office in the country according to local sources.