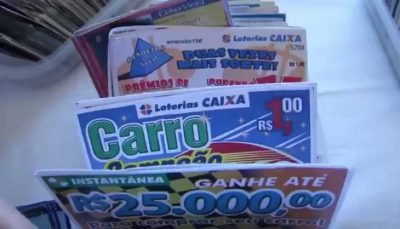 Both the state lotteries of the state of Rio de Janeiro and the state of Piauí are taking action in the Supreme Court (STF) to suspend the privatisation of Lotex the instant lottery division arm of the lottery.

The lawsuit was filed on May 5, at the STF as both the lotteries of Rio and Piauí challenge the monopoly of the federal government to establish laws and define the operation of lottery services when it comes to instants. During a public hearing concerning the Lotex licensing process, state lottery representatives “alerted” potential investors over the lawsuit in court. The Supreme Federal Court is the court of last resort of Brazil, and its rulings cannot be appealed.

According to the Gilberto Occhi President of the largest state owned bank and lottery operator – the Caixa Econômica Federal (CAIXA) – the instant lottery division arm of the lottery will be sold off by the end of this year. Lotex, which is currently owned by the biggest public bank in Latin America, the Caixa Econômica Federal (CAIXA) will be sold off to a private operator and the bank will no longer take part in the business. It is estimated that the government could reap as much as US$320m from the sale.
However President of the Lottery of the State of Rio de Janeiro (LOTERJ), Sérgio Ricardo de Almeida said: “The Ministry of Finance is assuming that there is a gaming monopoly for the Union. We do not agree with that.” Both state lotteries are hoping that the STF will rule in their favour and suspend the licensing process.

According to current plans to sell off Lotex all proceeds would go to the central government. The privatisation of Lotex is being overseen by The Brazilian Development Bank (BNDES) a federal public company associated with the Ministry of Development, Industry, and Trade and the main financing agent for development in Brazil.

Head of BNDES Guilherme Albuquerque said that the dispute in court has not diminished the interest of investors. Indeed, according to local press reports as many as eleven world leading lottery companies have registered to take part in two Lotex Road Shows. Two took place in London last week and two meetings are scheduled to take place at this year’s G2E Las Vegas show, according to Albuquerque.

In August President Michel Temer announced that Lotex, the instant lottery division arm of the lottery, will be amongst the 57 public companies and airport terminals which will be privatised, with the objective of reducing the country’s fiscal deficit which amounts to nearly US$500bn.