Canada – Amaya to rebrand to The Stars Group 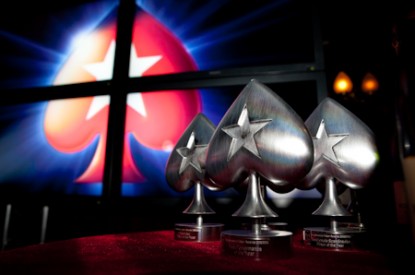 Amaya’s directors have voted to approve a proposed corporate name change to ‘The Stars Group’ to reflect the brands in the company’s stable, namely PokerStars and Betstars.

Amaya will become an Ontario corporation and will relocate its head office by the end of August 2017.
The name change would also distance the brand from Amaya’s links to several securities charges under its founder and former CEO David Baazov. He is facing a trial having been charged with insider trading linked to Amaya’s 2014 buyout of Pokerstars parent company, the Rational Group.

Amaya CEO Rafi Ashkenazi said though that the rebrand wasn’t due to the Amaya brand being ‘tainted’ and that the negative stories linked to its former CEO were in the past.

The company said that it will work with a local partner to begin marketing to India’s 1.2bn mobile users. It is going after at least half of the Indian online poker market, which could be worth $150m.
The announcement of the rebrand and the move on India came as the company elected or re-elected Amaya’s board of directors.

Each director will serve until Amaya’s next annual meeting of shareholders or until their respective successors are elected or appointed or they otherwise cease to hold office. Following the meeting, the Board re-appointed Mr. Gadhia as Chairman of the Board. Messrs. Lazzarato, Hurley and Murphy and Ms. Turner will serve as members of the Audit Committee of the Board, with Mr. Hurley currently expected to continue to serve on the Audit Committee through December 2017. Messrs. Hurley, Gadhia and Goodson will remain as members of the Corporate Governance, Nominating and Compensation Committee of the Board. Mr. Lazzarato will continue to chair the Audit Committee and Mr. Hurley will continue to chair the Corporate Governance, Nominating and Compensation Committee.
The company has also appointed Jerry Bowskill as Chief Technology Officer of Amaya, effective immediately.

Dr. Bowskill will be responsible for the overall technology performance and strategy of the business. He will drive and execute the strategic technology vision of the business to maximize the potential of its expanding product suite and its impact on Amaya’s millions of current and future customers. Dr. Bowskill will lead a team of more than 300 technologists and developers worldwide.

“Jerry’s wealth of technical expertise and commercial experience will be a great asset for our gaming and interactive brands. I look forward to working closely with him again,” said Mr. Ashkenazi.
“I am excited to be joining such a continuously evolving consumer tech company and to help lead its growth through the efficient delivery of high quality products and services, development of innovative new products, and continued expansion of its offerings,” said Dr. Bowskill.

Immediately prior to joining Amaya, Dr. Bowskill was a technology consultant for Partis Solutions, a global leader in the provision of corporate services to the interactive gaming industry from January 2017 to June 2017. He has also held high profile technology position with TouchTunes, Scientific Games and Playtech.

Dr. Bowskill is the most recent addition to a strong management team that has been bolstered over the last year with the appointment of Mr. Ashkenazi as Chief Executive Officer, the hiring of Brian Kyle as Chief Financial Officer, Robin Chhabra as Corporate Development Officer, Bo Wänghammar as Managing Director of PokerStars Casino, and Zeno Ossko as Managing Director of BetStars, and the promotion of Guy Templer as Chief Operating Officer of Amaya’s brands. 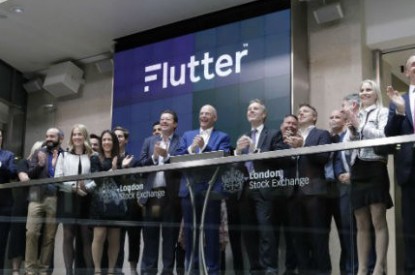