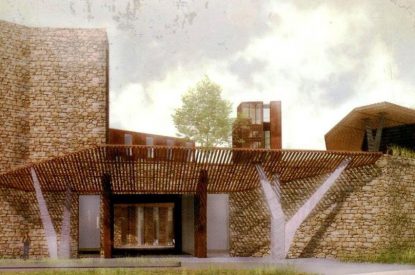 Spanish-Argentine company Boldt Chile Group SpA Peralada has met with the Ovalle City Council to present its vision of Ovalle Casino Resort, one of three proposals competing for a 15 year operating licence in the Chile city.

The US$29.1m project would be located at the northern exit of Ovalle at the beginning of Route D43, where it would house 230 slots, 13 table games and 60 bingo positions.

Boldt SA President, Antonio Tabanelli, said: “This is a project which we have implemented in other countries but it is the first we would carry out in Chile together with the company Peralada, so it will be our calling card in the country.”

Javier Picola, the Director General of Grupo Empresarial Peralada, said: “It will be between the size of our casinos in Barcelona and Peralada in Spain. We will try to mix the best of both along with the experience we have casinos in Argentina and Uruguay to provide a fully integrated and tailored approach to suit the city of Ovalle.”

Ovalle Mayor Claudio Renteria added: “It seems very interesting proposal. We’re excited that major investors are interested in having a casino in our city because it generates employment options for us. We have met two of the projects and all we need is to see the Likanantay Casino proposal, which will do soon, so that we can select the best project. ”

The Council plans to make a public announcement in July once all three projects have been viewed.