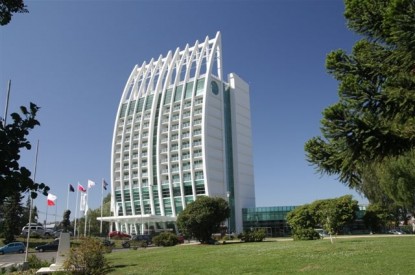 The Association of Chilean Casinos (ACCJ), which represents all of the privately owned casinos in Chile, has brought legal action against the Head of the Chilean Gaming Control Board, Renato Hamel.

The charges state that Mr.Hamel has failed to provide adequate oversight of the industry and that he has failed to limit illegal gaming in the country. The charges relate specifically to Article 42 N° 16 of Chile’s gaming law which states that the board has a duty to take legal action against gaming whenever it develops illegally alongside the legal sector.

According to the ACCJ, the gaming control board has paid no heed to the numerous complaints brought before it regarding the rise of illegal gaming in the country and has not moved against the rise in illegal slot machines and parlours even though it has a legal obligation to act. The gaming board’s failure in this regard has, according to the ACCJ, not only led to the proliferation of illegal gaming but has led to a rise in underage gambling and tax evasion. Furthermore, when it comes to illegal gaming there are no loopholes as the gaming law of 1995 specifically provides the board with sufficient powers to combat illegal gaming and provides a clear legal definition as to what constitutes legal and illegal gaming.

Part of the reason has been the rise of “Skill with Prizes” machines which are permitted in Chile and the failure of local authorities to distinguish clearly between those and slot machines. The rise in slot parlours has been so great that the current administration is currently considering legislation which would legalise slot parlours in Chile – a move which also has the backing of the Chilean Gaming Control Board.