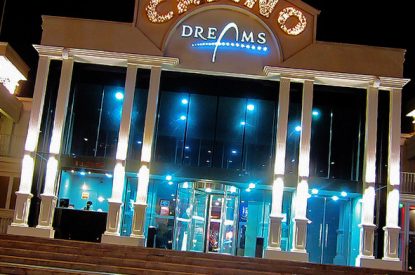 The Chilean Gaming Control Board (SJC) has decided to postpone the hearing for the submission of tenders for the bidding for the municipal casino licences scheduled to take place on November 4.

According to a statement released by the SJC via its website the decision was made while The Santiago Appeals Court considers a number of motions put forward by investors. Investors have filed a writ of amparo – a remedy for the protection of their constitutional rights.

Companies Campos del Norte S.A, Inmobiliaria Proyecto Integral Coquimbo, Inversiones del Sur S.A. and Inversiones Marina del Sol have pointed out a number of shortcomings as well as a lack of information when it comes to the tender process initiated by the SJC to the courts. They have also warned that the demands put on operators applying for the casino licences are excessive and would make the businesses unprofitable.

According to the statement released by the SJC all seven of the municipal casino licences are now on hold and will resume once the court has made its decision. The news comes after it was revealed last week that the Santiago Appeals Court had declared admissible an action brought against the Chilean Gaming Control Board (SJC) over the granting of the municipal licences by Marina del Sol. The company has accused the board of inconsistencies during the licensing process over the municipal casinos in Iquique, Coquimbo, Viña del Mar and Puerto Varas.

The seven new licences are available after President Michelle Bachelet signed into law new regulations, which extend the licenses of the seven municipal casinos in Chile. The new rules extend the licenses until December 2017 in the districts of Vina del Mar, Arica, Iquique, Puerto Varas, Coquimbo, Pucon and Puerto Natales, which all expired on December 31, 2015. Once these licences expire the statute provides that from that date onwards, those municipalities will continue to be a home to a casino for a total of three periods of 15 years each and the new casinos will come under the supervision of the SJC.

However the licensing process so far has been less than smooth. In August it was reported that the battle between Chilean operators and the Chilean Gaming Control Board (SJC) was already worsening over the tender process and that Chilean operator Enjoy and Chilean-Canadian Marina del Sol had both resorted to the courts in order to challenge certain aspects of the new licensing process which they argued were illegal and unfair.