Chile – Chile’s Gaming Board readying for new round of licences 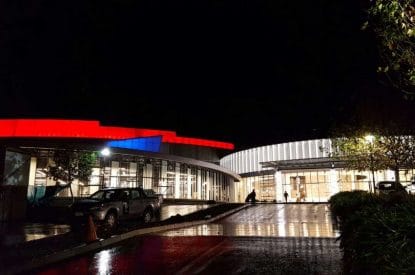 Head of the Chilean Gaming control Board (SJC) Vivien Villagrán has reassured potential investors that the relicensing of 14 casinos will be very different to the tender for the municipal licences.

The new licensing process will be more attractive for operators as there will be no special conditions or minimum offers set down by the municipal governments she said.

Speaking to Chilean newspaper Economia y Negocios Villagrán said that the SCJ in now focused on preparing the new bases for the fourteen casino licences for the casinos that were built from 2005, under law No. 19.995, and which were not part of the municipal casinos. Last year marked the 10th anniversary since the establishment of the first non municipal casino in Chile, regulated by Law 19.995. The licences established by the law will expire between 2023 and 2025, but the bases for the new tender must be ready by July 2020.

In the next tender, she explained, the law frees potentially interested parties from two requirements: “special conditions” will not be incorporated, such as infrastructure requested by the municipalities, nor will they need to present a guaranteed minimum bid. “There is an economic offer, but not a guaranteed minimum,” she said.
The operating permits of the newly renewed licences will be for the duration of fifteen years, and were originally granted for 15 years in the region in which they are located. However a bidder will be able to put forward a proposal for a project in another city or location different from where the casino is currently operating.

“The process should be more competitive,” she said, referring to the recent tender for seven licenses for the municipal casinos.

The granting of the municipal licences was fraught with controversy. A number of potential operators pointed out shortcomings as well as a lack of information when it came to the process initiated by the SJC. They also warned that the demands put on operators applying for the casino licences were excessive and would make the businesses unprofitable. In June The Deciding Council of the SJC awarded five municipal casino licences with Enjoy scooping four licences and Sun dreams one while the other two tenders (Arica and Puerto Natales) have been delayed.

Asked if there was room for more operators in the country, Villagrán said that “this has been a concern since I came to the board, one always wants there to be a greater number of bidders, but that desire has a restriction that is linked to the characteristics of the market: size, geographic distribution, economies of scale.”

Gross gaming revenue for the 18 casinos operating in Chile combined with the seven municipal casinos reached $40,966m(around US$63m) in January 2019. This is a negative monthly variation of minus -3.7 per cent when compared to the same month last year, while accumulated real growth was 2.8 per cent over the last 12 months.